A new poll shows that Iranian public support has decreased significantly for the JCPOA, and three-quarters of those polled indicate that they only support restarting negotiations with the United States if sanctions are lifted first. 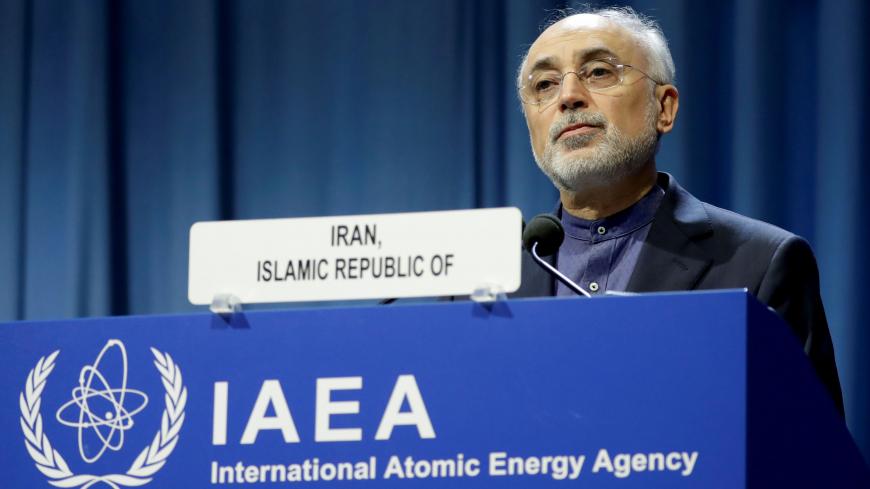 A majority of Iranians no longer supports the 2015 nuclear deal, thinks their country should withdraw and believes that the United States has done the maximum damage it can inflict on the Iranian economy.

The findings are from a series of new polls of Iranian public opinion conducted by the Center for International and Security Studies at Maryland and IranPoll, a Toronto-based body, which have done numerous similar studies in the past. Interviews of about 1,000 people were conducted by telephone in April, May, late August and early October with a margin of error of plus or minus 3.1 percentage points for each.

While skepticism is always in order when it comes to polls in authoritarian countries, the surveys are interesting for the trend lines they reflect. Most striking is the collapse of support for the Joint Comprehensive Plan of Action (JCPOA), the landmark multilateral agreement reached in 2015 under which Iran accepted curbs on its nuclear program in return for sanctions relief and other economic benefits.

Approval of the deal peaked in August 2015 when more than 85% of Iranians backed it, according to the center’s polling at the time. That figure has been cut in half, to just 42% — with only 12% now saying they strongly support the pact. Nearly 59% say Iran should quit the JCPOA now that the United States has withdrawn and Europe has seemingly proved incapable of circumventing US secondary sanctions and providing Iran with the benefits promised under the deal.

At the same time, three-quarters of those polled said they would support new talks with the United States in a multilateral framework if Washington returns to comply with the JCPOA. A slight majority of 51% would negotiate with the US one-on-one. This appears to mirror Iranian President Hassan Rouhani’s refusal to talk to US President Donald Trump unless the United States first lifts sanctions the Trump administration reimposed starting in 2018.

Three-quarters of Iranians support their country’s continued adherence to the half-century-old Treaty on the Non-Proliferation of Nuclear Weapons (NPT), under which Iran is allowed to have a peaceful nuclear program but not nuclear weapons. Iran flirted with the idea of quitting the NPT this past spring but has since reiterated its rejection of nuclear weapons. Tehran asserts that its moves to exceed limits on its nuclear program specified in the JCPOA are justified by other parties’ noncompliance.

Iranian insistence on their right to the peaceful use of nuclear energy is clear. Nearly three-quarters of those polled in October 2019 said that Iran should reject any new agreement that would require it to give up enriching uranium on Iranian soil. This issue was long a sticking point in negotiations and it was only after the Barack Obama administration accepted limited enrichment by Iran that it was able to make progress toward a deal.

Iranians also appear to oppose a new agreement that would extend curbs on Iran’s nuclear program that are due to begin expiring in 2024. A majority of 58% said Iran should not agree to such extensions in return for sanctions relief.

Iranians remain pessimistic about the state of their economy but the gloom has fallen slightly from nearly 72% in an April 2018 poll to just under 68% in October. A small majority of 53.6% believes that economic conditions are getting worse compared to 64% who felt that way in April 2018, when the US intention to quit the deal was announced. This appears to reflect the fact that Iran’s economy has absorbed the new sanctions and that the currency, the rial, has appreciated slightly against the US dollar after losing much of its value over the past two years.

Perhaps because of the currency’s fall, more Iranians now cite inflation as the country’s biggest problem, rather than unemployment, which many have listed as their main concern in the past. The Rouhani government managed to reduce inflation to single digits in its first term, but inflation is back above 40% and many Iranians, particularly in the middle class, have seen their standard of living drop sharply.

Echoing their government’s stress on an “economy of resistance,” a large majority of 69% said Iran should strive to achieve economic self-sufficiency, up from 53% five years ago. More than 63% of those polled believe the United States has done the most damage it can to Iran in terms of sanctions.

The polls also looked at Iranian attitudes toward foreign countries and their own political figures. Not surprisingly, the US government hit rock bottom, with only 13% expressing approval compared to more than 31% in August 2015, shortly after the JCPOA was concluded. Japan is the most popular foreign country, with more than 70% approval, followed by China (58%), Russia (57%) and Germany (54%).

Among Iranian officials, both Rouhani and Foreign Minister Mohammad Javad Zarif, the chief negotiator of the JCPOA, have seen their popularity slip. About 42% of Iranians express approval for their president, but only 11% are very favorable compared to 61% who felt that way in August 2015.

Zarif was also at his most favorable in 2015, with 56% strongly backing him compared to 26.6% now. Overall, however, Zarif still has a 67% approval rating.

Qasem Suleimani, commander of the Islamic Revolutionary Guard Corps' elite Quds Force, is at 81% popularity (nearly 59% of respondents strongly support him). Conservative Ebrahim Raisi, who lost to Rouhani in the 2017 elections and is now head of the judiciary and a possible successor to Supreme Leader Ayatollah Ali Khamenei, has exceeded Rouhani in popularity according to the new polls, with nearly 64% approval and 28% strong approval.