Iraqis made their way to the ballot boxes to cast their votes for the council of representatives, as results show significant surprises. 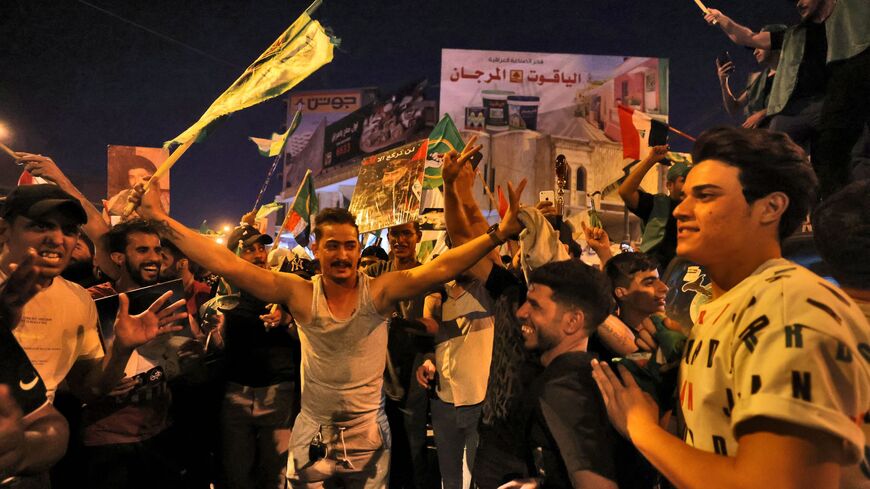 Supporters of Moqtada al-Sadr celebrate in Baghdad's Tahrir Square on Oct. 11 following the announcement of parliamentary elections' results. - The political movement of the influential Shiite cleric said it had retained the biggest share of seats in the country's parliament. - AHMAD AL-RUBAYE/AFP via Getty Images

Iraq's parliamentary elections on Sunday were held in a quiet environment compared to previous elections.

Security measures meant to ensure a smooth and safe process were largely successful, as only 75 complaints during public voting and 16 complaints from the special voting of security forces were submitted to the independent electoral commission.

The voter turnout was lower than expected, at 41 percent among the public voting and 69 percent for the special voting.

The results have been announced Monday for the 10 following provinces: Diyala, Muthanna, Missan, Wasit, Dohuk, Salahiddin, Karbala, Najaf and Erbil. The other 9 will be announced tomorrow.

The results must be approved by Iraqi federal court within 15 days, after political parties have time to submit complaints. However, it seems that everyone is accepting the general results and there won’t be a major change in the final results.

Although it is too early to know the exact numbers of seats for each party, it is very clear that Muqtada al-Sadr has made a remarkable victory with almost 80 seats.

The Sadr list will be followed by Muhammad Halbousi’s Taqaddom party and Masoud Barzani’s Kurdistan Democratic Party, with above 30 seats.

Nouri Maliki's State of Law got above 30 seats as well, which is a big increase comparing to 2018 elections that he had about 20 seats.

The most significant loss is the Fatah bloc affiliated with Popular Mobilization Units, reduced to about 20 seats from 34 in the previous parliament.

The new parties and candidates raised from the October Movement also were able to obtain numbers of seats up to 20 in the elections. The early election was a result of youth-led protests that erupted in October 2018 calling for major reform.

Another surprise is the loss of Ammar Hakim and Haidar Abadi coalition, which will win less than 10 seats, instead of their goal of about 30. Hakim himself alone had 18 seats in the previous parliament, and Abadi had 32 seats.

It seems that a new political map is forming in Iraq, as new political parties from the October Movement will be playing a role, and for the first time, Sadr will have a major lead in the government.