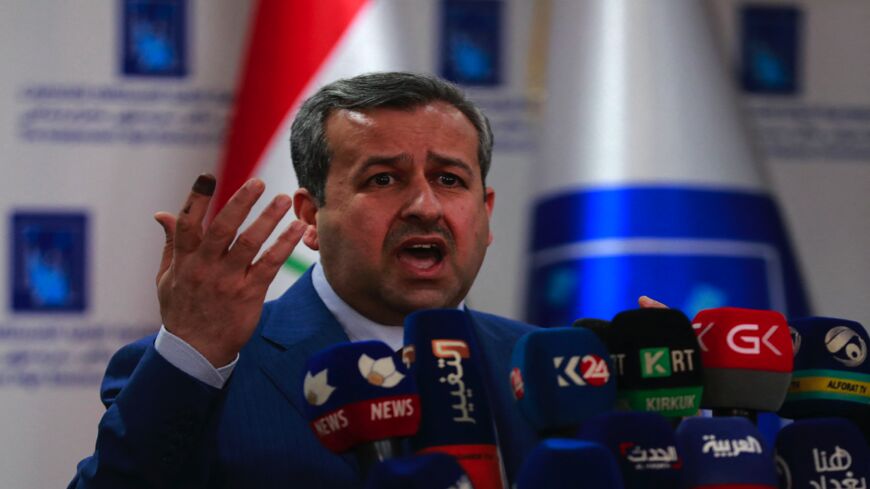 Preliminary election results were a shock to political parties affiliated with the Popular Mobilization Units (PMU) and associated militias. Meanwhile, the historical ally of these parties, Nouri al-Maliki, earned a remarkable victory. This puts them in a difficult position, as accepting the results means conceding defeat and rejecting the results means undermining their ally's victory.

Updated preliminary results show the PMU-affiliated political parties, the Fatah Alliance and its affiliates on the losing side. It indicates a major reduction for the PMU in the number of parliamentary seats, from the previously 48 seats held in 2018 to merely 20 seats. Five of those 20 seats are for Hadi al-Amiri’s Badr Organization; 10 are for Qais Khazali’s Asaib Ahl al-Haq; and five are for other small blocs such as the Sanad al-Watani bloc represented by the commander of Jund al-Imam, Ahmad al-Assadi.

Maliki’s State of Law Coalition almost doubled its number of seats, so far winning over 37 parliamentary seats compared to the 2018 elections when they won 25 seats.

What adds fuel to the fire is that the long-time rival of the above allies, Muqtada al-Sadr’s Sairoon Alliance, picked up 21 additional seats, thereby earning over 73 seats to date — up from 54.

PMU leaders such as Amiri have rejected the results and threatened to challenge the results after their failure to gain enough votes to secure their previously held seats.

“We will not accept these fabricated results, whatever the cost,” said Amiri, the pro-Iranian commander of the Badr Organization and the Fatah Alliance.

Assadi also called on Iraq's Independent High Electoral Commission to "present all the evidence that shows votes were not obstructed."

The PMU-affiliated parties are so desperate to turn the results of the election around that they attempted to involve Shiite cleric and head of the Hikma bloc Ammar al-Hakim on board to undermine the integrity of the elections. KH spokesperson Askari (Muanis) addressed Hakim and others in his statement and encouraged him to demand his "stolen votes."

Hakim’s Hikma bloc, whose seats are now reduced from 18 to four, called for reconciliation and peace. He tweeted, “Congratulations to the winning blocs and forces in the early legislative elections; we urge them to unite and work to serve the people and the country.”

In response to the PMU’s cries for an appeal of election results, Sadr called upon all parties to not even think of violating the law.

"Everyone should submit to the law, and flexing weapons against the state and the democratic process is not accepted at all," he said. "The arms must be controlled by the state only, and use of arms must be banned outside this scope, even if [it's used] by those who claim they are muqawama (resistance)."

Sadr called for a Sadrist government even before the elections. His victory now allows him to form an alliance with Mohammed al-Halbusi’s Taqaddom coalition with 43 seats and Massoud Barzani’s Kurdistan Democratic Party (KDP) with 32 seats, amounting to total of 146 seats. They only need 10 more seats for a majority to form the new government, which can be easily obtained from the independent parliament members or other political parties.

The other scenario is that Maliki brings all PMU-affiliated groups under his umbrella, adding up to about 60 seats, and then allying with other Sunni and Kurdish parties. But he will still need many more seats to form a majority required for forming the government. Also, the road to a majority for Maliki is not easy, as he does not enjoy good relations with Sunnis and Kurds who have had negative experiences when allying with him in the past.

Eventually, the Fatah blocs and their allies will have no choice but to form a coalition with Maliki if they want to push their agendas in the parliament and to counter a potential Sadr coalition with Halbusi’s Taqaddom and Barazani’s KDP. It is worth mentioning that a Fatah and Maliki alliance would come at a price in which Maliki would have the final say in the coalition and has the ability to undermine their say, as he has more seats than all of them combined.