If signed into law, the bill — which orders a probe into war crimes and torture — would also threaten sanctions to those who provide arms to Libya's warring factions. 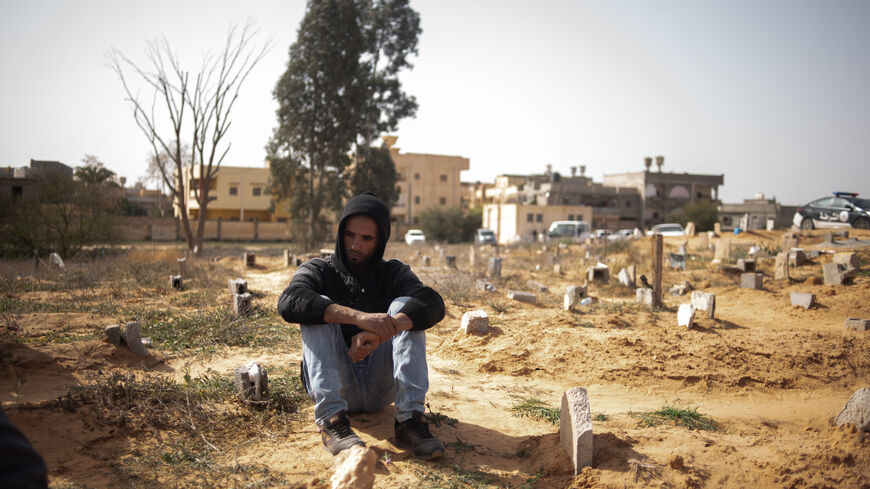 A family member grieves next to the grave of his brother, Moaid Amer, who is amongst victims of Al-Kaneyat massacres, during burial in the cemetery of Tarhuna on March 5, 2021 in Tarhuna, Libya. - Getty 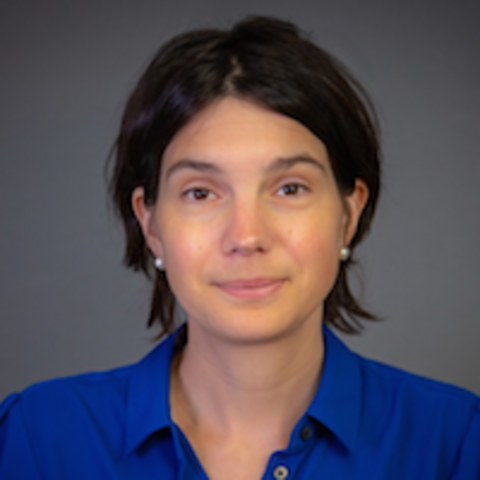 On Sept. 28, the US House of Representatives passed the Libya Stabilization Act. This bipartisan legislation requires the American president to impose sanctions upon foreign persons who provide “significant support to militia or paramilitary groups in Libya” in violation of United Nations Security Council Resolution 1970. That resolution, often referred to as the Libya Arms Embargo, prohibits the transfer by foreign entities of military equipment and support into Libya.

The act also imposes sanctions on foreigners found complicit in gross human rights violations in Libya and calls for increased American assistance, including humanitarian and health assistance, democracy promotion, and strengthening Libya’s economic institutions. Finally, it authorizes the executive branch to investigate “assets taken from the people and institutions of Libya” and to expand cultural and educational exchange programs.

The Libya Stabilization Act was originally introduced in the House of Representatives in 2019, when Libya was in the throes of active conflict. General Khalifa Hifter, who commands the eastern-based Libyan National Army, had launched an attack on the capital, Tripoli, in April of that year, and human rights abuses and war crimes were rampant. A revised version of the bill passed in the House Foreign Affairs Committee without opposition this April; in last month’s vote, in the full House it passed with wide support. Some observers have noted that the Senate is under pressure to pass its own version of the bill quickly, before Libya’s scheduled presidential and parliamentary elections at the end of the year.

The act has been hailed by its supporters as a means of bringing relief to the Libyan people, and as a way to stop Hifter from competing in elections. Advocates of the bill have explicitly named Hifter in their calls for action, and indeed, the sudden canceling of a contract he had signed with an American lobbying firm suggests the effects sanctions could have. Yet the passage of this bill in the House are likely to be more complex than simply blocking Hifter, an authoritarian strongman accused of war crimes and feared by many for his attacks on the Muslim Brotherhood.

If the bill ultimately leads the Biden Administration to impose sanctions, these could indeed be an effective tool for controlling not only Hifter (who would be considered a “foreign person”) but many other parties fueling Libya’s instability. The act specifically names, among other countries, Russia, the United Arab Emirates, and Egypt — all supporters of Hifter — as foreign governments whose military involvement should be investigated. It also names foreign governments known to be working against Hifter, some of whom, such as Turkey, are typically considered US allies.

Beyond the sanctions language, the passage of the bill is also considered a victory for the human rights community. The accountability mechanisms provided for in the bill could prove a means for the US of curbing Libya’s conflict, especially if it flares up again.

Since the bill was originally introduced, the context in Libya has significantly changed. By June 2020, Hifter's forces had been defeated in Tripoli and pushed back from western Libya. In October 2020, a ceasefire was declared. Although Hifter still wields significant influence, his foreign supporters appear to have shifted their strategies. Egypt recently signed a series of economic deals with the interim government in Tripoli, while the UAE has lowered its profile in Libya, though its support for mercenaries in Libya is still suspected.

The UN-brokered transition process launched in January 2020 with the international Berlin Conference on Libya helped lead to the ceasefire and to the appointment of an interim government in February 2021. However, the agreement for the removal of foreign forces and mercenaries from Libya within three months has not been met — in fact, it has barely begun. Despite a new action plan announced Oct. 9 by negotiators from conflicting sides regarding withdrawal of foreign mercenaries, observers are calling for a reset to the international peace process. The UN process’ economic track has also largely stalled.

Although the UN-facilitated process was meant to culminate in national elections this December according to the agreement roadmap, it is still unclear whether elections will actually happen.

If the international community loses control of the transition process, investigations into arms sales and human rights violations will become even more important. The bill in Congress would complement similar mechanisms already in place, including the U.S. Global Magnitsky Act, which authorizes sanctions against individuals responsible for human rights violations, and the UN Human Rights Council’s Independent Fact-Finding Mission on Libya, which just published its first report last week.

It is still possible that the Senate version of the bill will not be adopted before Libyan elections occur, assuming they occur on time.

Under this scenario, Hifter will be no more hamstrung than he already is, and his electoral victory in the presidential contest could lead to armed groups in the west refusing to accept the outcome, potentially sparking renewed conflict. Sanctions will also not be automatic, and their imposition on US allies and partners, such as the United Arab Emirates or even France, which has also backed Hifter, could complicate or stall any action.

By itself, the Libya Stabilization Act is unlikely to insulate the UN’s fragile peace process in Libya from the potential risks, which are many. Nonetheless, if signed into law, it could allow the US government a lever to put those actors who would undermine the process on notice about the threat of sanctions. It will also reinforce and strengthen existing mechanisms for holding human rights abusers accountable, and provide for a more active US role in Libya's transition.