Under the plan, which requires approval from the Cabinet, tourists who received their second vaccine dose or booster shot in the last six months are eligible for entry into Israel. 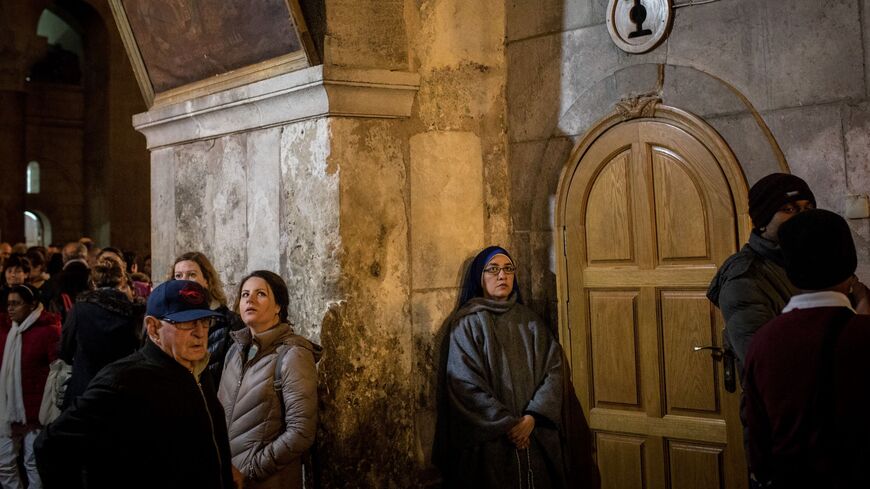 A nun watches as tourists visit the Church of the Holy Sepulchre in the Old City on March 30, 2018 in Jerusalem, Israel. Thousands of tourists and pilgrims descended on the holy city to mark Christian Holy Week from March 25 to April 2. - Chris McGrath/Getty Images

Israeli Prime Minister Naftali Bennett has approved a plan for tourists who are vaccinated against COVID-19 to enter Israel beginning Nov. 1, more than a year and a half after Israel closed its borders to most foreign travelers.

Under a new plan approved by Bennett and the Health and Tourism ministries, tourists who were fully vaccinated with Pfizer, Moderna, AstraZeneca, Johnson and Johnson, Sinovac or Sinopharm vaccines within the last six months or have received a booster shot during that period are eligible to enter the country.

In addition, foreign visitors who have recovered from the virus within the last 180 days can travel to Israel. Recovered travelers who received one dose of a World Health Organization-approved vaccine will also be admitted.

Current testing regulations will remain in place. Travelers are required to take a PCR test within 72 hours of their departure and a second test upon arriving at the Ben Gurion Airport. Those from high risk “red” countries are still barred from traveling to Israel.

The tourism plan announced on Thursday still requires approval from the full Cabinet.

The Times of Israel reports that the ministers chose not to recognize Russia’s Sputnik V vaccine, although Bennett may do so following his meeting in Sochi with Russian President Vladimir Putin on Friday.

Bennett and health officials met Wednesday night to discuss the recent emergence of the AY4.2 subvariant of the Delta mutation. Earlier this week, Israel detected the variant in an 11-year-old Israeli boy returning from Moldova, and on Thursday, announced five new cases.