More than 60,000 doses of the AstraZeneca and Pfizer/BioNTech vaccines arrived in Ramallah on Wednesday. 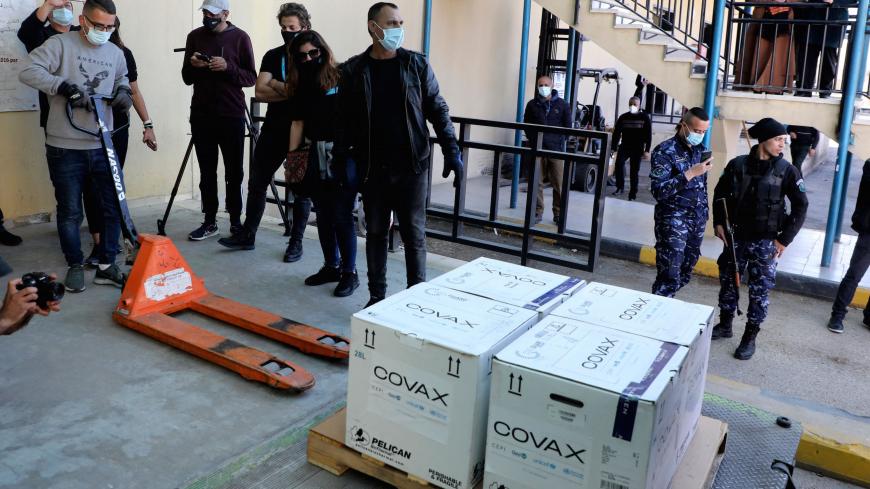 A worker unloads a refrigerated truck carrying the first delivery of coronavirus vaccine via the United Nations COVAX program supporting poorer areas, to be kept at Palestinian Authority's storage facility in the West Bank city of Nablus, on March 17, 2021. - JAAFAR ASHTIYEH/AFP via Getty Images

The Palestinian Authority received more than 60,000 coronavirus vaccine doses under the global COVAX scheme Wednesday after months of waiting to inoculate millions of Palestinians living in the occupied territories.

“Those vaccines being sent to the West Bank and Gaza will be critical tools in our fight against the pandemic and for socioeconomic recovery,” said the UN special coordinator for the Middle East peace process, Tor Wennesland.

The vaccinations were provided by COVAX, the World Health Organization's global vaccine initiative aimed at providing vaccinations to less developed countries. Over the next year, COVAX is scheduled to provide enough vaccines for a million Palestinians, roughly 20% of the population.

The vaccines — 37,000 Pfizer/BioNTech doses and 24,000 AstraZeneca doses — arrived in Ramallah on Wednesday. Roughly a third of the vaccine supplies will go to Gaza and the rest to the Palestinian Authority, which manages the autonomous areas of the West Bank.

A spokesperson for the Palestinian Health Ministry said that health officials would begin administering the Pfizer/BioNTech vaccine Sunday, but that the AstraZeneca vaccines will be put in storage “until there is a scientific decision from the World Health Organization.” The organization is reviewing reports of blood clots in some people who received AstraZeneca shots, but has urged countries to continue using the vaccine, noting that the benefits outweigh its risks.

Wednesday's vaccine shipments come as the West Bank experiences a sharp uptick in COVID-19 cases, prompting Israel and the Palestinian Authority to impose a five-day lockdown that began Monday.

Israel, which has one of the world’s highest vaccination rates and has reopened much of its economy, had previously come under fire for failing to include the roughly 5.2 million Palestinians living in the West Bank and Gaza in its own inoculation drive.

Ramallah is expected to receive another batch of 100,000 vaccines from China’s Sinopharm this month, and has already received 10,000 doses of Russia’s Sputnik V vaccine and 5,000 Moderna doses from Israel.

The Hamas-run Gaza Strip has received 60,000 Sputnik V doses from the United Arab Emirates. The impoverished coastal enclave of 2 million people has confirmed more than 57,000 COVID-19 cases and 572 deaths from the virus.