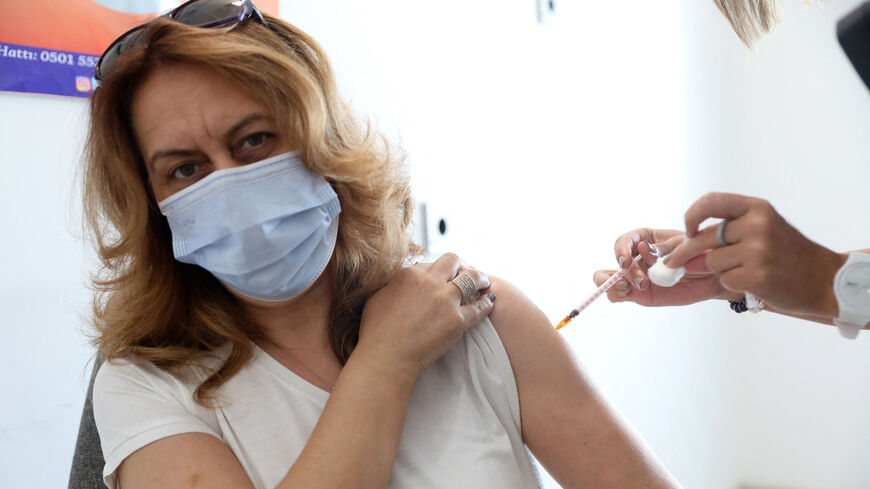 A woman receives a dose of Pfizer BioNTech vaccine against COVID-19 at the Ankara City Hospital, in Ankara, Turkey, on June 7, 2021. - ADEM ALTAN/AFP via Getty Images

Turkey will offer an additional Pfizer-BioNTech dose to travelers inoculated with Sinovac's coronavirus vaccine, the Turkish Health Ministry said on Monday, in an effort to facilitate travel to countries that don’t recognize the Chinese-made jab.

Turkey, with a population of 83 million, has fully vaccinated more than half of Turkish citizens over 18 years of age. The country launched its inoculation campaign in January, first using Sinovac's Coronavac vaccine and later the US-made Pfizer-BioNTech shot.

As concerns mounted over the Chinese vaccine’s efficacy, Turkish health officials announced in July they would offer booster shots to health workers and people over 50. Some 6.6 million people have received a third dose so far, the Health Ministry says.

Under the new guidelines, travelers with two Sinovac doses and a Pfizer booster can receive a second jab of the American vaccine, Turkish Health Minister Fahrettin Koca said on Monday.

“Only specific types of vaccines are accepted for entry to certain countries,” he said in a tweet. “A special regulation has been made for those who request to have 2 doses of an mRNA vaccine in order to comply with the regulations of those countries.”

Also on Monday, Ankara lowered the COVID-19 vaccine eligibility age to 15 and said children 12 and older with chronic illnesses could also be vaccinated.

Turkish health officials say the more infectious Delta variant is to blame for a recent uptick in cases. On Sunday, the Health Ministry confirmed 18,847 new infections and 154 deaths from the virus, raising its total number of COVID-19 cases to more than 6 million and the death toll to 53,159.