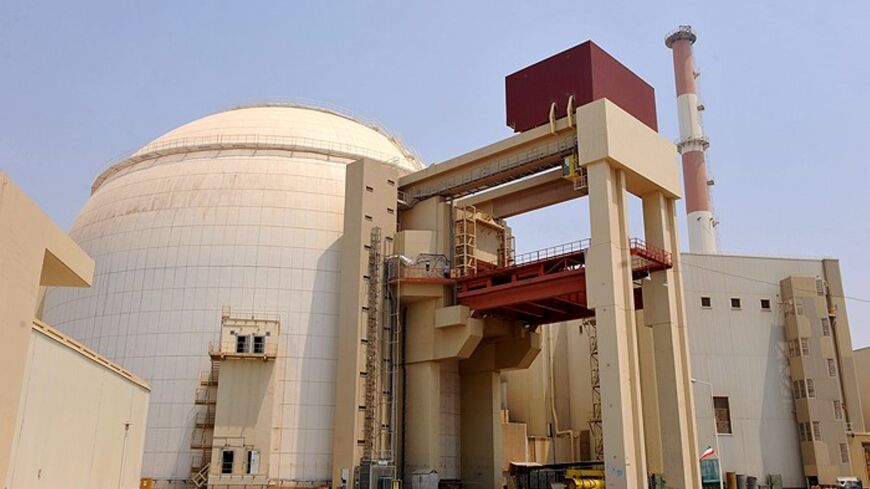 This handout image supplied by the Iran International Photo Agency shows a view of the reactor building at the Russian-built Bushehr nuclear power plant as the first fuel is loaded, on August 21, 2010 in southern Iran. - IIPA via Getty Images

In a post on Twitter, Shamkhani wrote, “Instead of allocating 1.5 billion dollars budget for atrocities against Iran, the Zionist regime should focus on providing tens of thousands of billion dollars to repair the damage that is going to be caused by Iran’s shocking response.” He tweeted the same thing in Persian, Arabic and Hebrew.

The tweet is in response to Israeli news reports that the proposed fund will be used for various types of aircraft, intelligence gathering drones and specific arms to hit heavily fortified sites in Iran. The Natanz fuel enrichment plant in Esfahan, for instance, was built 8 meters underground and protected by 2.5 meters of concrete.

According to hardline Tasnim News Agency, Shamkhani’s tweet was laying out a new strategy. The article said that assassinations of Iran’s nuclear scientists and sabotage on nuclear facilities were carried out likely by Israel discreetly with no claim of responsibility. However, this current budget is being set aside for “direct military attacks,” the agency wrote.

The article continued that the US has always used the possibility of a direct Israeli military strike as a bargaining chip in their nuclear negotiations with Iran. However, Shamkhani’s comments on Israel’s proposed military budget “has to be considered as revealing the doctrine of the Islamic Republic of Iran in response to threats of the Zionist regime,” the article said.

According to the doctrine, if Israel attacks Iran directly, Iran would be “heavily and directly” respond.

In a letter to the presidency of the UN Security Council, Majid Takht Ravanchy, Iran’s representative to the United Nations, warned that Israeli threats have increased and intensified in recent months.

In other news, Iran is still struggling with an increase in coronavirus numbers. According to their latest numbers, 140 have died of COVID-19 in the last 24 hours, bringing the official death toll in the country to over 125,000. In the same time period there have been 7,000 new cases and 1,000 hospitalizations. According to an article in Tasnim News Agency, there has been a 30% increase in virus numbers in the country, though they didn’t offer a time period, and they are in the beginning stages of the sixth wave of the virus.