The Iranian Foreign Ministry said on Monday that the foreign ministers from Russia, China, Pakistan, Tajikistan, Uzbekistan and Turkmenistan will meet in Iran for talks on Afghanistan next week. 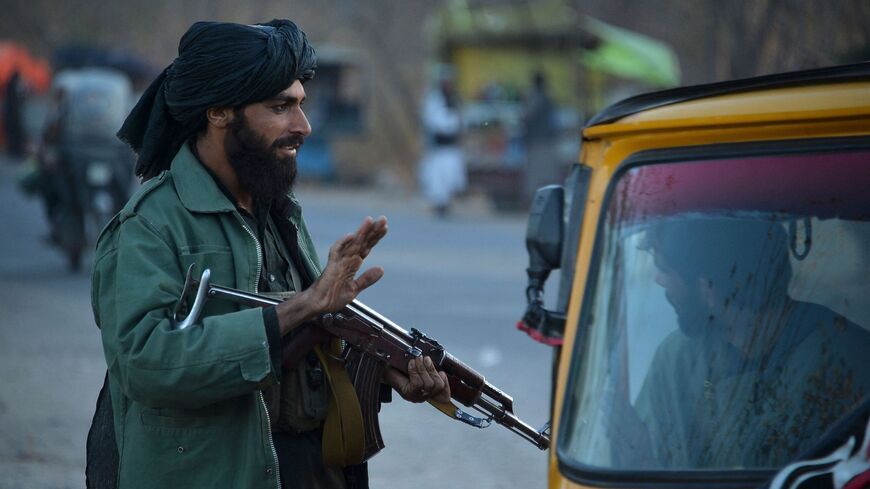 A Taliban fighter checks commuters along a road in the Injil district of Afghanistan's Herat Province on Oct. 18. - HOSHANG HASHIMI/AFP via Getty Images

Iran will host the foreign ministers from Afghanistan’s neighboring countries for a summit on Oct. 27, the Iranian Foreign Ministry said Monday.

Foreign Ministry spokesperson Saeed Khatibzadeh told reporters that the one-day meeting next week will bring together diplomats from Russia, China, Pakistan, Tajikistan, Uzbekistan and Turkmenistan — the six members of the so-called Moscow format talks on Afghanistan.

“An extensive plan has been arranged,” Khatibzadeh said, according to Tasnim news agency, adding that the meeting will “continue the negotiations that had been held virtually in the first round.”

According to Russia’s Tass news agency, Khatibzadeh also confirmed Iran’s participation in the Oct. 21 meeting in Moscow between a Taliban delegation and members of the Moscow format talks.

Following the Taliban takeover in August, the Shiite Islamic Republic pledged to work with Afghanistan’s new Sunni extremist leaders, despite their historically rocky relationship. Iran’s hardline President Ebrahim Raisi has since described the United States' “military defeat" in Afghanistan as an opportunity for peace.

Iran shares a 572-mile border with Afghanistan, and according to the United Nations’ refugee agency, hosts some 3 million Afghans who fled their country’s war.

Afghanistan is also one of Iran’s top export markets. Earlier this month, the Taliban met with Iranian officials to discuss boosting trade, including along the Islam Qala border crossing captured by the Taliban in July.