Iran’s chief diplomat, Hossein Amir-Abdollahian, said his country will "not tolerate geopolitical change" in the region. 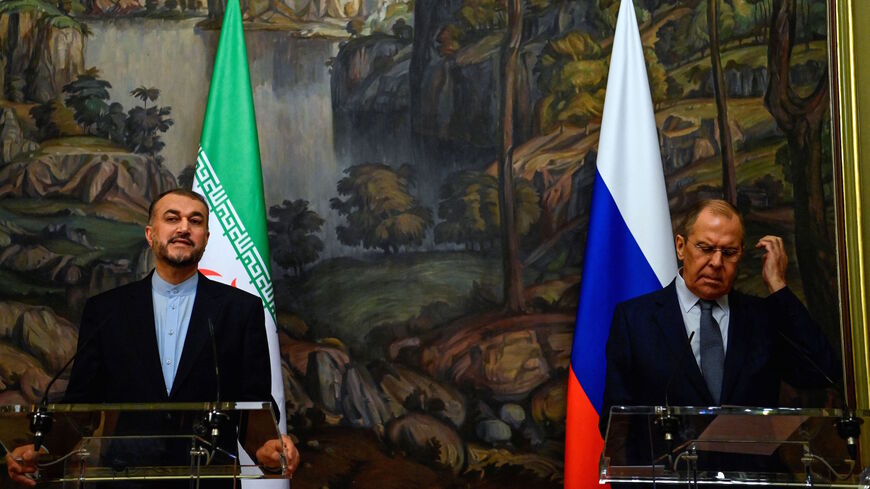 Iran’s chief diplomat Hossein Amir-Abdollahian made the comments while in Moscow for talks with his Russian counterpart, Foreign Minister Sergey Lavrov.

"We certainly will not tolerate geopolitical change and map change in the Caucasus,” Amir-Abdollahian said in a press briefing. “We have serious concerns about the presence of terrorists and Zionists in this region.”

Earlier this week, Azerbaijan’s Foreign Ministry spokesperson Leyla Abdullayeva pushed back on Iran’s repeated claims that Israeli troops are in the country.

“We reject the allegations of any third party’s presence near the Azerbaijani-Iranian border. Such allegations are totally baseless,” Abdullayeva said Monday.

During an interview with Turkish news agency Anadolu, Azerbaijan’s President Ilham Aliyev denounced the Iranian war games and asked, "Why now, and why on our border?”

In a further sign of tension between the two neighbors, Iranian news agency Tasnim reported on Tuesday that Azerbaijan shut down a mosque in the Azerbaijani capital that was linked to Iran’s Supreme Leader Ayatollah Ali Khamenei.