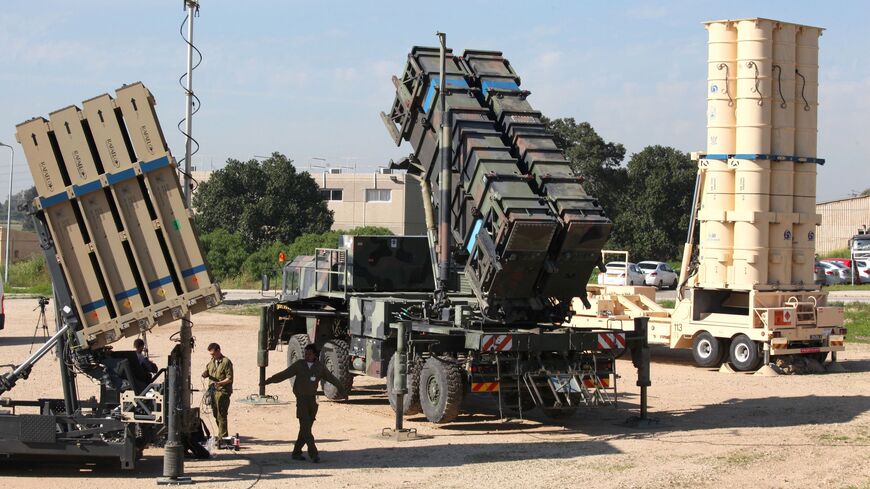 Azerbaijan is considering buying Israel’s Arrow-3 missile defense system amid tensions with Iran, according to Israel Hayom newspaper. The move would be a major step in typically quiet Israel-Azerbaijan defense ties.

Tensions between the neighbors have flared in recent days after an Azerbaijani assassin allegedly hired by Iran sought to kill wealthy Israeli businesspeople in Cyprus.

Azerbaijan’s government began stopping, fining and in at least two cases detaining Iranian vehicles transiting its territory. Tehran accused Azerbaijan of hosting Israeli military forces — a charge Baku denies — and launched a buildup of its own forces on its mutual border with Azerbaijan.

Aerospace Industries, which manufactures the Arrow-3 system, did not immediately return Al-Monitor’s request for comment.

The Arrow-3 is one of three flagship interceptor missiles jointly produced by Israeli and US firms with government support. The joint projects have accelerated in recent years as Iran has advanced its drone, cruise and ballistic missile capabilities.

Iran has been accused of firing those weapons into regional countries Saudi Arabia and Iraq, and Iran has repeatedly accused Azerbaijan of cooperating with Israeli military planners on a potential Israeli attack on Iran.

Azerbaijan’s ties with Iran soured in 2012 after authorities arrested three men allegedly planning to harm Israeli citizens in Baku in apparent retaliation for Israel's assassination of Iranian nuclear scientists. Tensions cooled in subsequent years but have occasionally been rekindled.

Azerbaijan has had close diplomatic, economic and defense industry ties with Israel since relations began in 1992.

During Azerbaijan’s war with Armenia over the Nagorno-Karabakh region last year, Baku — backed militarily by Turkey — deployed Israel-made drones on the battlefield.