Eleven women and 37 children were flown to Germany and Denmark from Roj camp in northeast Syria, which holds thousands of family members of Islamic State fighters. 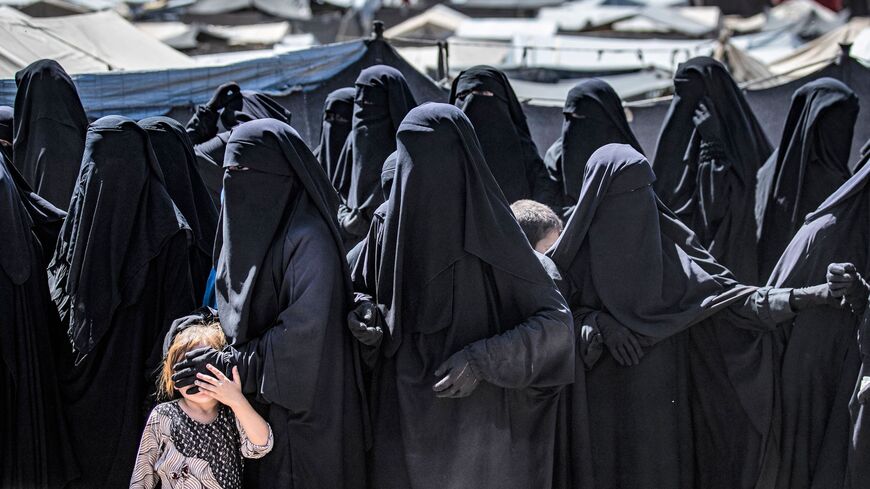 Germany and Denmark have repatriated 11 women and 37 children from a camp in northeast Syria holding families with alleged links to the Islamic State.

A flight carrying 23 children and their eight mothers landed in Frankfurt, Germany just before midnight Wednesday. The group had been living in the Roj camp, one of two sprawling sites housing women and children and run by the Kurdish-led Syrian Democratic Forces.

“The children are in no way responsible for their circumstances,” Foreign Minister Heiko Maas said in a statement. “It is right for us to do everything we can to enable them to grow up in a safe and appropriate environment.”

“The mothers will be held accountable for their acts under criminal law,” he said, adding that most of the women were taken into custody upon arriving in Germany.

Maas thanked the Kurdish authorities and US partners involved in the repatriation, describing the operation as “no mean feat, neither for us nor for anyone else involved.”

On 6 October 8 German women and 23 children from ISIS families were handed over to a delegation from German Foreign Affairs Ministry according to an official repatriation document signed by the two sides.@GermanyDiplo pic.twitter.com/Iiivv2kwb0

The Danish Broadcasting Corporation as well as an official in the Kurdish administration confirmed that three Danish women and 14 children were also repatriated from the camp. The Danish station reported that the women have already been charged with terrorism.

Located in northeast Syria’s Hasakah province, the Al-Hol and Roj camps house more than 60,000 people, many of whom were detained when the SDF ousted the Islamic State from its last Syrian stronghold in Baghouz in March 2019.

US-allied Kurdish forces have warned they are ill-equipped to handle the thousands of stranded families. But many Western countries are reluctant to bring home their nationals, with some having gone as far as to strip the citizenship of their citizens who joined the terrorist group.

Human rights groups have repeatedly called on governments to repatriate children in the camps and to recognize that those who were forced to join IS are victims of war. Save the Children warned last month that young people in the camps are “simply wasting away.”