Ten children are being repatriated to France from the notorious al-Hol camp, according to a northeast Syrian official. Thousands of foreign and local children remain there. 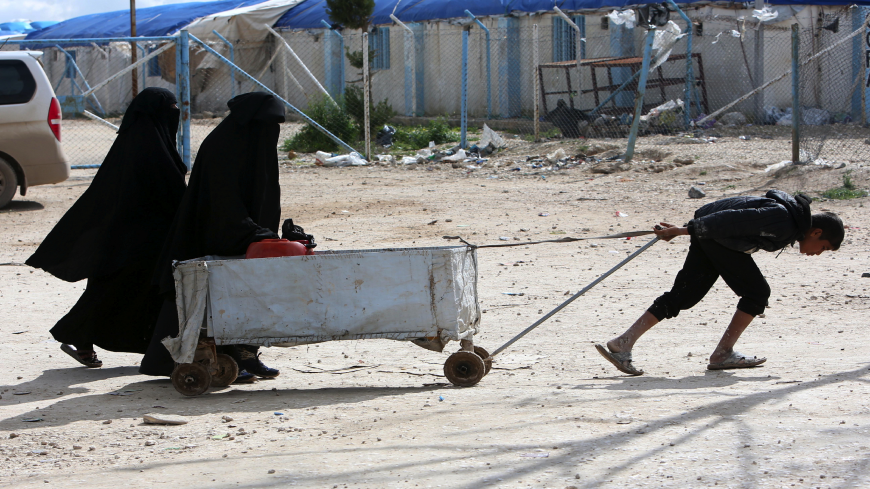 The children are now undergoing medical examinations and are in the care of social services in France, according to a statement from the French Ministry for Europe and Foreign Affairs.

The ministry did not specify further details about the children, including which camp they came from. An official from the Autonomous Administration of North and East Syria, which runs camps for IS-affiliated families in the region, told Al-Monitor the children came from al-Hol.

Al-Hol is a sprawling camp of tents and dirt roads that is home to 68,000 people in northeast Syria, near the border with Iraq. The residents are mostly women and children from Iraq and Syria, but there are foreigners as well, including some 7,000 foreign children. The foreign children are particularly vulnerable to the coronavirus pandemic and have less access to aid, according to a May report from the humanitarian organization Save the Children.

The Roj camp in northeast Syria holds an additional 4,000 IS-affiliated women and children.

Al-Hol is divided into Syrian, Iraqi and foreign areas. The foreign section, known as the “annex,” houses many Europeans. Hundreds of French people joined IS in Syria and Iraq.

Some in al-Hol remain loyal to IS, but there are varying degrees of allegiance to the group among residents. Some Yazidi captives of IS have been rescued from the camp as well.

The Kurdish-led Autonomous Administration, which controls most of northeast Syria, has repeatedly asked countries to take back their citizens in the camp and other detention centers in the statelet, fearing a security breakdown.

This month, the administration and its Syrian Democratic Forces conducted an operation to collect and register data on foreign wives of IS fighters in al-Hol.

Repatriations have been limited, but a few countries, like Nigeria and Norway, have taken back some children of IS fighters.