The 98 people were in camps for Islamic State fighters and their families in Kurdish-run northeast Syria. Some other countries have also brought their citizens home from IS camps there, while others have refused. 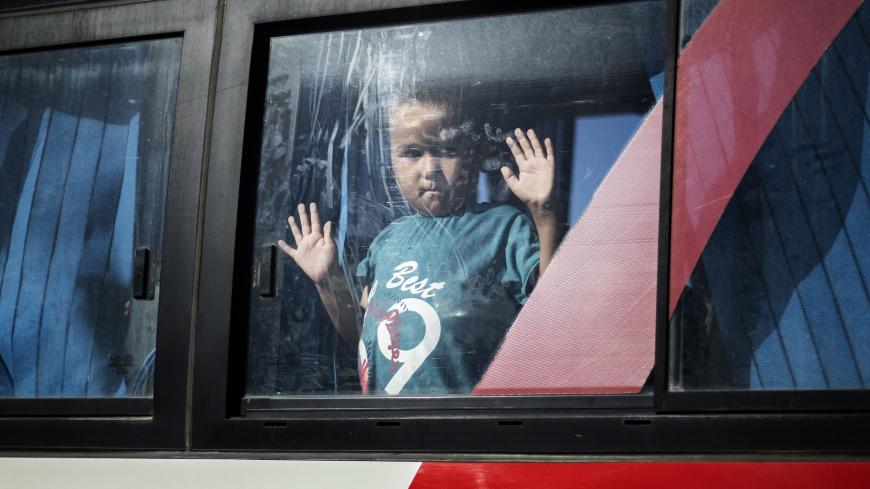 A boy peeps through the window of a bus in the northern Syrian city of Qamishli as Uzbek women and children linked to the Islamic State are handed over to diplomats from the Central Asian country for repatriation, on May 29, 2019. Hundreds of Uzbeks are believed to have joined militants fighting in Iraq and Syria, including IS. - DELIL SOULEIMAN/AFP via Getty Images

Uzbekistan has repatriated 98 people from families from camps in Syria for Islamic State (IS) affiliates.

The Central Asian country brought 25 women and 73 children home, Reuters reported Tuesday. They were in the al-Hol and Roj camps living in horrid conditions, according to the outlet.

The autonomous administration of north and east Syria runs several detention centers for IS fighters, affiliates and their families throughout the territory the Kurdish-led administration controls. Uzbeks are among those who traveled to Syria to join IS from 2014.

The autonomous administration has repeatedly asked foreign governments to take back their citizens from the area, but their efforts have achieved mixed results. France repatriated 10 children from the notorious al-Hol camp for IS-affiliated families in June. The same month, a Dutch court ruled that the Netherlands does not need to take back women and children of IS fighters from the European country.

Turkey also helped a Moldovan family get out of al-Hol in July in what Kurdish authorities told Al-Monitor constituted a “smuggling” operation. In October, the administration announced the release of Syrians from al-Hol.

The Uzbek citizens will go to a medical facility and then receive help finding employment and places to live. Uzbekistan also repatriated 220 women and children in 2019, according to Reuters.

Some IS-affiliated returnees have been prosecuted elsewhere in the world. In Italy, a woman who joined IS and was later repatriated from Syria was charged with terrorism in September.