There have been several repatriations of people from the camp for Islamic State families this year. 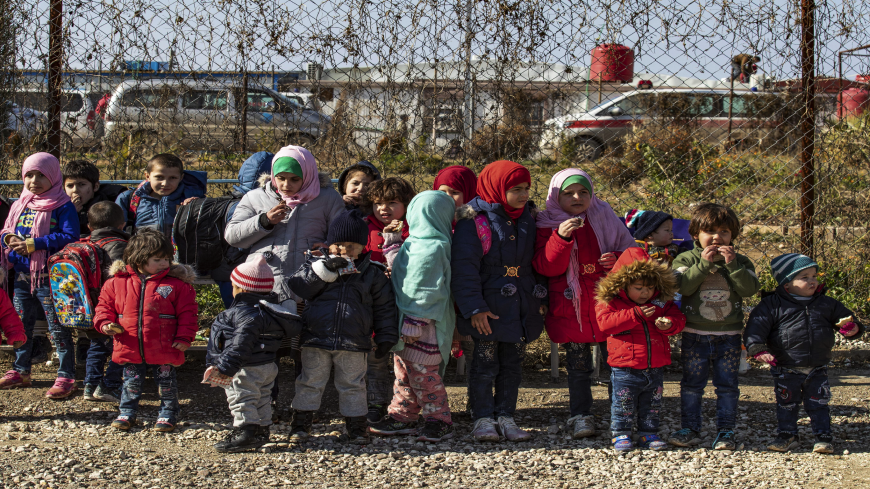 Orphans from various nationalities gather at the Kurdish-run al-Hol camp, home to thousands of relatives of Islamic State group fighters, in the al-Hasakah governorate in northeastern Syria, before being transported to the settlement of Roj, situated in the same region, on Jan. 25, 2020. Kurdish authorities said they transferred 21 orphans, only a fraction of the 224 orphans living in al-Hol, including two French children who were set to be repatriated. - DELIL SOULEIMAN/AFP via Getty Images

Germany and Finland brought 18 children and five women home from the camp for Islamic State (IS) families, the German Foreign Office said in a statement.

Al-Hol hosts more than 64,000 people who lived in IS territory. Most of the camp’s population consists of Iraqi and Syrian citizens, but there were also 9,462 foreigners there as of October, according to the United Nations.

The camp is controlled by the US-backed Syrian Democratic Forces (SDF), who are the predominant military force in the Kurdish-led statelet in northeast Syria. Some women in the camp maintain allegiance to IS, but others have less established connections to the group. The inhabitants are largely families of IS fighters, though some residents say they were simply living in IS territory when the group was defeated by the SDF.

The repatriation was based on “humanitarian grounds,” and some of those repatriated were orphans or sick children, the German Foreign Office said.

“Shortly before Christmas, this is good news and an encouraging sign that we will be able to make repatriations happen in other cases too,” said the office.

Authorities in northeast Syria have repeatedly called on countries to take back their citizens from detention centers for IS affiliates. Some countries have done so. Uzbekistan repatriated 98 people from the al-Hol and Roj camps this month. France repatriated 10 children in June. A total of 152 people have been sent home from northeast Syria in 2020, according to the London-based Syrian Observatory for Human Rights.