Amid the economic crisis, zoos in Lebanon are struggling to maintain the proper conditions for the animals. 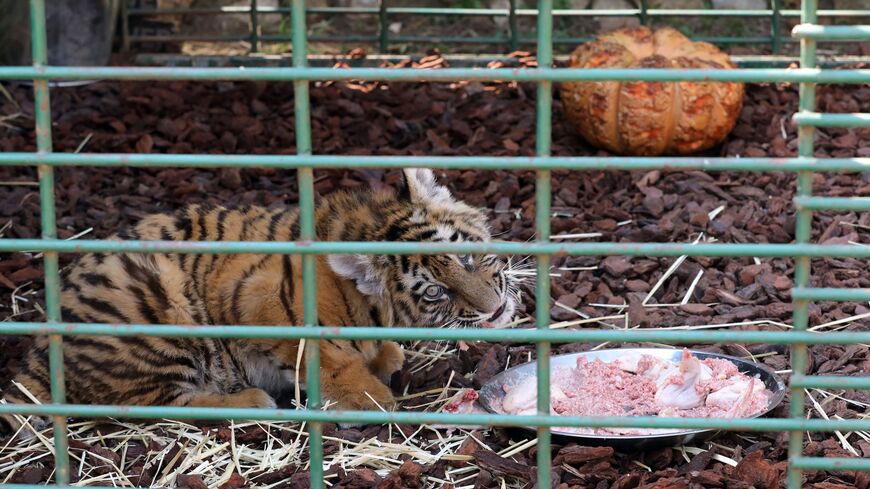 A picture taken on March 24, 2017, shows a tiger cub rescued by animal rights group Animals Lebanon eating inside an enclosure in Aley, east of the capital Beirut. - ANWAR AMRO/AFP via Getty Images 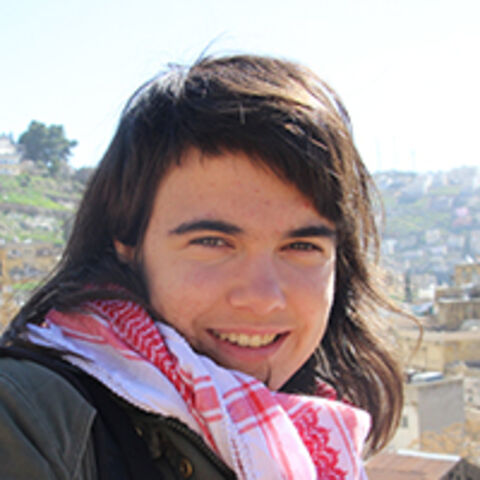 BEIRUT, Lebanon — The end of summer approaches but it's still hot, at least in Lebanon. In a zoo less than half an hour from Beirut, most of the animals remain lying on the ground. But as the sun got lower in the sky, dozens of children arrive and the animals get excited — or nervous.

The children were there for a birthday party and before eating cake, they have a chance to touch and take pictures with a baby lion, bear and macaque. The children were quite afraid to get close to the animals, but their parents encouraged them to touch the babies and pose for pictures.

Al-Monitor met with Jason Mier, director of Animals Lebanon, in his office in Beirut. The nongovernmental organization is working to improve living conditions of animals across the country. “The amount of diseases you can get from monkeys," began Mier. "They just have monkeys climbing all over the people.”

“You can’t even get off the ground, you’re lying on cement all day long and you have people just like a meter away from you yelling at you all day,” he said. “That’s very stressful on your body. It’s not much different than if you or I were locked in this room 24 hours a day. Even if somebody feeds us the right food, our bodies are going to waste away,” said Mier, who had worked previously with chimpanzees for a wildlife rehabilitation center.

Animals Lebanon has been increasingly concerned about how animals will cope with Lebanon's worsening economic crisis. A lion, for example, needs to eat around 50 kilograms of food a week to remain healthy at approximately 100,000 Lebanese pounds per kilo (around $6 at the current black market rate or $67 at the official rate).

With few hours of electricity per day, severe fuel shortages and prices of basic products increasing amid the drop in the value of the local currency, “it is normal that [at] a time we’re having an economic crisis, pretty much everything is more difficult. So if you have all these animals now and you’re bringing in less income while your expenses are going up, it is likely that you’re not going to do maintenance on your zoo,” he explained.

The zoo Al-Monitor visited, Animal City, is one of the biggest zoos in Lebanon, in the town of Nahr el-Kalb north of Beirut. The entrance fee is only 20,000 Lebanese pounds (a bit more than $1 at the black market rate) — a price that brings in nowhere near what the facility needs to properly care for the animals.

There is a serious animal smuggling problem in Lebanon, where lax restrictions and extensive trade with African countries have created a smuggling hub.

“Lebanon was really a hub for the trafficking of wildlife” from which animals are sent to Eastern Europe or Gulf countries, said Mier. He related the story of a baby chimpanzee Animals Lebanon took eight years to rescue from a zoo.

One hyena paced from one side of its cage to the other while another moved constantly in and out of the small shelter inside.

“It’s very, very basic things that are being asked. A lion has to be able to get off the ground, have an area where it can hide if it doesn’t want to be with people; basically to have a choice,” Mier said, adding that shade is also crucial.

Al-Monitor asked Animal City how they ensure that the animals are living in healthy conditions and complying with standards. The zoo’s spokesperson said, “The animals are in very good health and management is handling the situation.” He did say the zoo is seeking additional funding: “Any donations will be appreciated, although it is not a necessity.”

Animals Lebanon says that Animal City is not actively working with them to improve conditions in compliance with Article 2 of Lebanon's animal welfare law. The NGO fears that if the crisis continues to escalate in Lebanon, it might be too late to send some of the animals abroad as necessary. “It’s more urgent now, because all animals are in better condition to be sent out. If you wait another year or two, an animal could be so unhealthy that it’s harder for that animal to move,” said Mier.

The NGO's work has led to the closing of four zoos in Lebanon and will continue to work for the animals, he said. “It’s not about closing anything. It’s [about] making sure that [zoos] meet the standards. Any zoo that wants to meet the standards of the law, we’re happy to work with them,” Mier explained.