The Egyptian president spoke at an event commemorating the 1973 October War between Israel and Egypt. 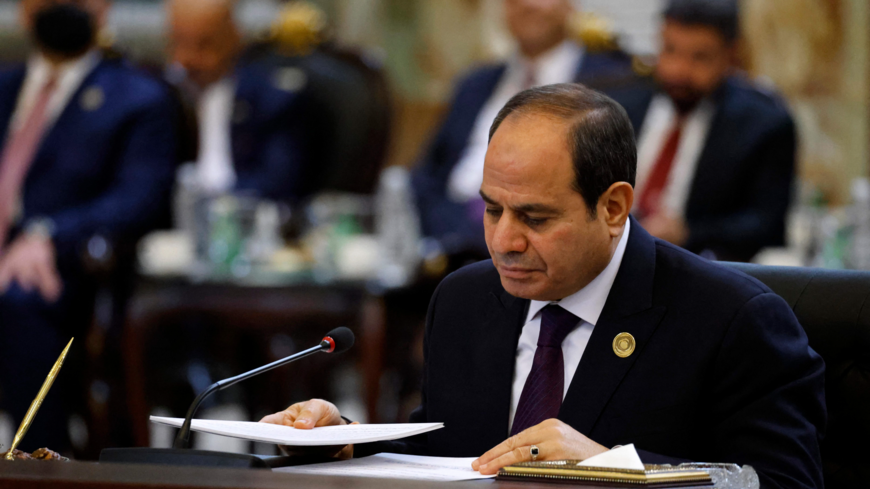 Sisi spoke on the 48th anniversary of the October war, also known as the Yom Kippur war in Israel. The war began when Egypt and Syria launched a surprise attack on Israel. Egypt was initially successful on the battlefield, but Israel ultimately won the war. In 1979, Egyptian President Anwar Sadat signed a peace treaty with Israel, and Egypt became the first country in the Arab world to recognize the Jewish state.

Sisi said that Sadat was “far ahead of its time” with his diplomacy.

“I think Almighty God enabled El-Sadat to see that these concepts would not last after the October War, and that they must be replaced by new concepts,” said Sisi on Wednesday, according to the state-owned Al-Ahram news outlet.

Sisi added that during Sadat’s time, war with Israel was the norm and that anything else was “abnormal.” He also praised Egyptian soldiers for their service during the war and thanked regional states for supporting Egypt, according to the outlet.

Egypt’s peace treaty with Israel is opposed by much of the population, but their governments have grown closer under Sisi. Israeli forces have helped their Egyptian counterparts battle insurgents in the Sinai peninsula in recent years. Israeli Prime Minister Naftali Bennett visited Sisi in Egypt this month in a further sign of strong relations.

The president’s comments were picked up by some regional media outlets. The London-based Arabic and English-language outlet Asharq a-Awsat published an article Thursday entitled “Egypt’s Sisi Hails Peace with Israel.” The Palestinian news website Sama News also ran a piece the same day called "Sisi reveals his position on peace with 'Israel,'" using quotation marks to indicate the outlet does not recognize Israel.

Sisi’s remarks came a time of growing normalization between Arab states and Israel. Last year, the United Arab Emirates and Bahrain both established full diplomatic relations with Israel. Egypt is a close ally of both the UAE and Bahrain.