A group of young women who love the art of religious chanting decided to break into the field of chanting, which has been dominated by men since its inception, and unleash their creativity. 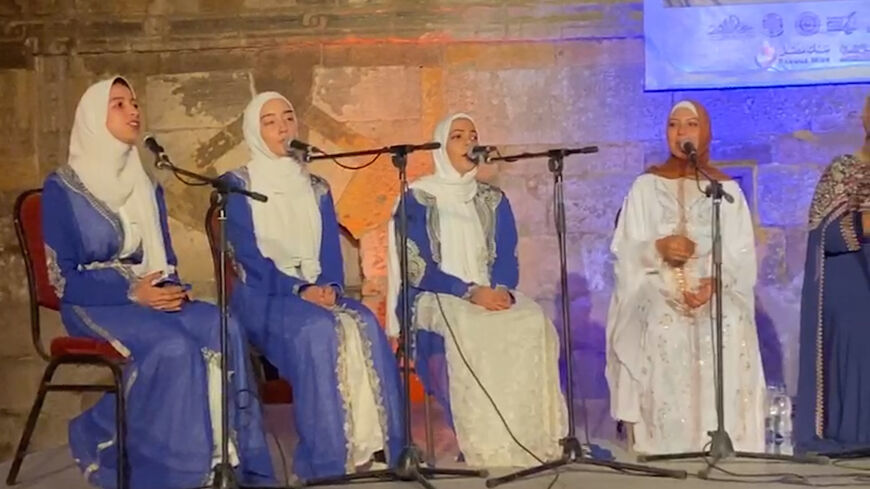 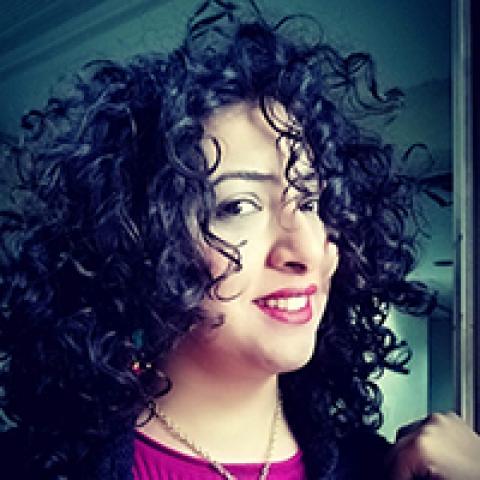 Of all the kinds of art around her, it was the religious chanting that charmed Neama Fathy and attracted her to practice it as her profession.

As a child, her mother took her to the Moulid Hussein Ibn Ali and Sayeda Zeinab — religious festivals to celebrate the birthdays of Sayeda Zeinab and Hussein, grandchildren of the Prophet Muhammad — where Fathy attended many religious chanting rituals and got mesmerized by them.

“My mother took me to learn maqamat [melodies used in Arab music] at the hands of professors of religious chanting at the Cairo Opera House — that was the beginning. Then when I turned 17, I started chanting,” Fathy told Al-Monitor.

She said, “My mother encouraged me, and although I studied agriculture, I did not stop religious chanting. It is a hobby that I refined and mastered through training and learning."

Fathy decided to fight for her dream and the dream of other girls who love religious chanting.

Since its inception in 2017, Al-Hoor Al-Ain ensemble has faced many challenges.

“We have been subjected to a wide attack by some male religious chanters. They tried hard to thwart and discourage us from taking this step, as our band will compete with them in the field,” Fathy explained.

Al-Hoor Al-Ain was told that “it is forbidden in religion for women to sing or chant,” but the group of girls insisted on continuing on their path to achieve success.

The women’s ensemble for religious chanting has sparked controversy in Egypt, because some scholars forbid women to sing. This is despite the fact that women have practiced religious chanting since ancient times. While only few women performed as individuals long ago, they were generally considered true artists.

But the phenomenon of women performing religious chanting disappeared over time and the field was eventually monopolized by men.

There are many clerics in Egypt who stress that it is not forbidden for women to chant, as long as they choose sober and purposeful words that do not stir instincts.

“Religious chanting has nothing to do with religion. Rather, it is a type of art that gives itself a religious form. There are a lot of criteria that push some to such experiences, which is quick gain and fame,” Abdel Sabour Shaheen, an Islamic preacher and professor at the Faculty of Dar Al-Uloom at Cairo University, told Al-Monitor.

Hamed Abu Talib, former dean of the Faculty of Sharia and Law and member of the Islamic Research Academy at Al-Azhar, confirmed that exposing women to religious chanting is a good idea and adds a distinctive color of performance.

He stressed that it does not conflict with Islam as long as the woman who is performing religious chanting dresses according to the Islamic dress code, praises the Prophet Muhammad and calls for adherence to virtuous Islamic values.

Meanwhile, historians and researchers have emphasized women's historical role in this field.

“Women entered this field in ancient times by praising the Prophet Muhammad. They then moved to chanting at weddings and later to celebrate those returning from hajj. Some women even performed religious chanting at funerals,” Mohamed Afifi, a member of the Cairo University Council for Culture, told Al-Monitor.

Fathy said that her group has gone through many obstacles, especially financial ones due to lack of support and the coronavirus pandemic, which has made it difficult to achieve popularity.

“The ensemble initially included 25 girls, but the current number stands at only 10 members due to several reasons,” Fathy said.

“Four years ago, a friend told me about a girl who is founding a women's group for religious chanting. I love chanting in general and I found it a good idea to express my love for the Prophet through chanting,” Heba Allah Magdy, one of Al-Hoor Al-Ain’s members, told Al-Monitor.

Magdy's parents opposed the idea at first as they didn't want their daughter to get involved in this field. But Magdy eventually convinced them by inviting them to attend one of the group's concerts.

“I want to continue working in this field and to become an international chanter one day,” Magdy said.

“Some women, however, find it difficult to continue with the ensemble due to the lack of finances and also because social circumstances concern their families.” Fathy said.

The group participates every year in the Samaa International Festival of Religious Chanting, in addition to concerts at cultural centers, such as El-Sawy Cultural Wheel and the Cairo Opera House, throughout the year.

Fathy hopes her band will one day perform concerts abroad. She also aspires to establish an academy to teach religious singing to women.