Recent statements by Egyptian officials point to progress in the talks between Egypt and Turkey aimed at mending ties between the regional foes. 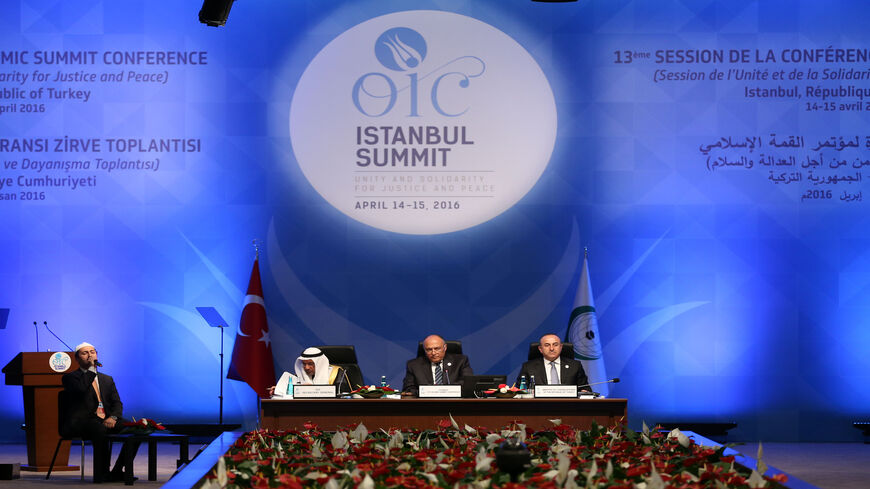 Egypt is seeing promising progress in relations with Turkey, with recent signs pointing to positive developments in the negotiations between the two countries.

“There is some progress in relations with Turkey that we hope to build on,” Egypt’s Foreign Minister Sameh Shoukry said in a phone interview during El-Hekaya TV show broadcast on MBC Masr on Oct. 1 and hosted by Egyptian talk show host Amr Adib.

Shoukry’s statements come in light of two rounds of exploratory talks in the past months between representatives of Egypt and Turkey as part of efforts to mend ties between the two countries.

In his TV interview, Shoukry said the Sept. 7 meeting in Ankara focused on bilateral relations.

“[Cairo] is waiting for satisfactory solutions to resolve the outstanding issues with Ankara in order to restore relations,” Shoukry continued, noting that policies at the regional level are being revised and the issue of normalizing relations has yet to reach the next step.

“We will monitor and evaluate the matter based on the policies pursued by the Turkish government, both in its bilateral relations with Egypt or within the framework of its regional policy,” he said. “Communications are still proceeding at the same pace as what happened in the first and second rounds of [exploratory] talks.”

Egyptian and Turkish diplomats had met in Cairo in May for a first round of exploratory talks to discuss bilateral and regional issues. The second round of talks was held in Ankara on Sept. 7-8.

A joint statement released after the second meeting said, “The two sides agreed to continue these consultations confirming their desire to make progress in areas under discussion and the need for further steps to facilitate normalization of their relations.”

On Sept. 8, Shoukry said in an interview with Bloomberg that his country has been “eager to find a resolution and to find the necessary formula for restoring normal relations” with Turkey.

Bashir Abdel-Fattah, a researcher focusing on Turkish affairs at Al-Ahram Center for Political and Strategic Studies, believes the recent improvement in relations between Egypt and Turkey could witness a setback in light of differences over regional, international and internal Egyptian issues.

He told Al-Monitor that a solution to the Libyan crisis, however, may speed up the rapprochement and bridge the differences between the two countries, as the situation in Libya is one of the main outstanding issues in the Egyptian-Turkish ties.

Abdel-Fattah noted that the exploratory talks are a positive indication that the rapprochement efforts between the two countries are moving in the right direction, albeit slowly. “Announcing the continuation of these rounds shows hope on the horizon to achieve rapprochement,” he said.

Mohamed al-Orabi, former Egyptian foreign minister and member of the parliamentary Foreign Relations Committee, told Al-Monitor that the Turkish side has repeatedly asserted its will to achieve progress in mending relations with Egypt and sought to establish a positive atmosphere.

Commenting on the hurdles that could impede the rapprochement efforts, Orabi said, “Ankara has several obligations to fulfill in order to convince Cairo of its good intentions before raising the level of diplomatic representation between the two countries. But for Ankara, these obligations — which are mainly related to issues such as Muslim Brotherhood members wanted for tials in Egypt, Turkey’s presence in Libya and other Middle East sensitive files — could be difficult to achieve.”

She told Al-Monitor, “The current steps aimed at achieving reconciliation between Egypt and Turkey should take into account the overall situation and latest developments in the Middle East.”

Ziada argued that normalization of ties will not only be beneficial for Egypt and Turkey. “These two countries hold many cards that could maintain stability and security in the region amid tensions, in particular those ensuing from the US withdrawal from Afghanistan. Contributing to regional stability is far more important than [solving] any bilateral differences between the two countries.”

On Sept. 14, Turkey's ruling Justice and Development Party (AKP) spokesman Omer Celik said that relations between Turkey and Egypt have now entered a phase of normalization.

Speaking at a press conference held on the sidelines of a meeting of the Executive Committee at the AKP headquarters in Ankara in the presence of President Recep Tayyip Erdogan, Celik noted, “We have historical ties, friendship and responsibilities imposed on us by the Mediterranean that we share.”

He continued, “Egypt is one of the most important partners of our country. In 2020, our total trade volume exchange amounted to $4.85 billion."

Celik further pointed to the start of bilateral talks to discuss the latest developments in Libya, Syria, Iraq, Palestine and the eastern Mediterranean.