Egyptian security forces detained robot artist Ai-Da, upon arriving at Cairo airport for 10 days, before the British embassy intervened to resolve the issue and ensure their release. 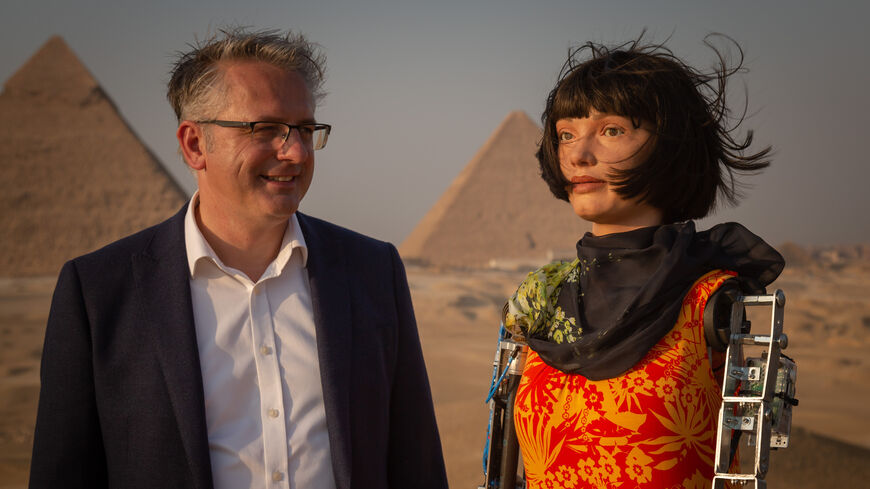 Aidan Meller, creator of Ai-Da, poses with the humanoid AI robot artist on display at the Great Pyramids of Egypt on Oct. 23, 2021, in Cairo, Egypt. - Sima Diab/Getty Images

CAIRO — Egyptian security forces released a British-made robot and her creator after they were detained at customs for 10 days and investigated for possible espionage.

The ultra-realistic robot artist, named Ai-Da, was scheduled to hold her first exhibition at the foot of the pyramids in Cairo on Oct. 22. She arrived in Egypt on Oct. 10 and detained until Oct. 20, two days before the exhibit opened.

Ai-Da, the creation of English engineer Aidan Meller, is celebrated as the world's first humanoid artist who uses artificial intelligence to paint.

Meller told The Guardian before Ai-Da’s release that the border security officers were "suspicious of her modem" and then also grew concerned about the cameras in her eyes. He offered to take out the modem but drew a hard line at the cameras, saying, "I can ditch the modems, but I can't really gouge her eyes out."

Al-Monitor contacted the British Embassy's media office in Cairo, where an official said, “The issue was resolved after the British Embassy intervened, released the robot and designer, and the security authorities in Egypt responded positively to our requests.”

Egyptians mocked the arrest of the robot and her creator on social media.

Ai-Da came to Egypt to participate in the “Forever Now” art exhibit, organized by Art d’Egypt in the area of the pyramids, along with many international artists from Russia, Italy, France, Saudi Arabia, Britain and Egypt.

Art d’Egypt declined to comment on the arrest and did not respond to Al-Monitor's calls.

Mahmoud Bayoumi, a political analyst and researcher in Egyptian affairs at Istanbul Aydin University, told Al-Monitor, “What happened falls within the security authorities’ control over all aspects [of life] in Egypt. They went as far as to arrest a robot instead of celebrating it so that Egypt benefits from Ai-Da’s participation in the exhibit.”

He added, “Egyptian security took random measures while the organizers of the exhibit obtained all the necessary security permits and all the official papers were in order.”

Bayoumi asked, “Who gave the exhibit the necessary licenses if the security forces arrested its participants? I ask the security authorities to stop ruining Egypt’s reputation.” 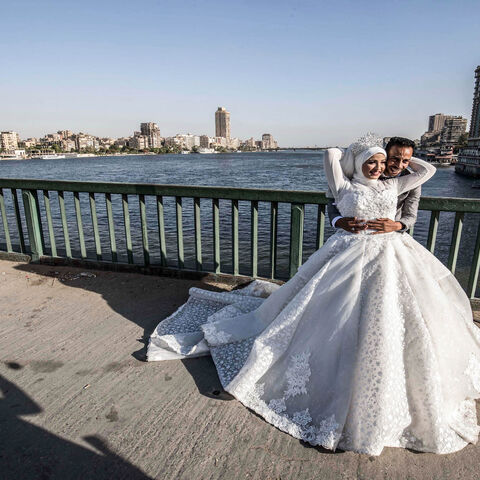