Turkey's Sabah newspaper reported that a 15-member spy network was arrested on Oct. 15 in an operation carried out across four Turkish provinces. 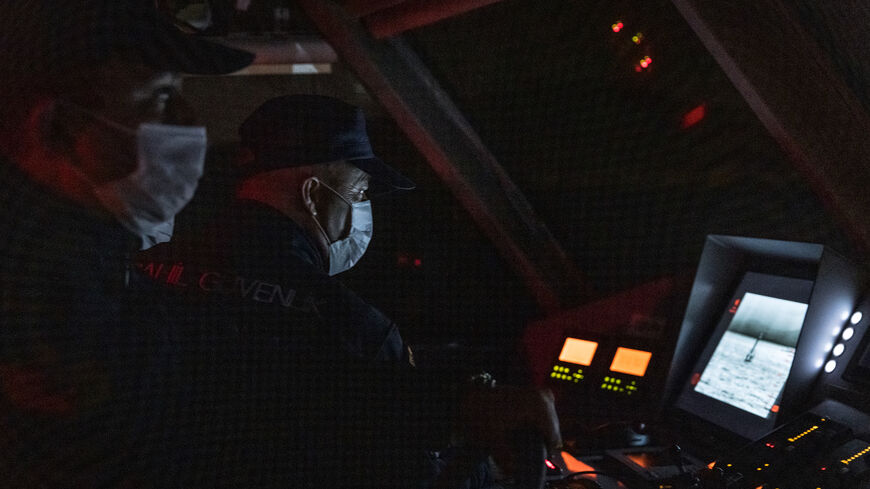 Members of the Turkish Coast Guard conduct a night patrol on the waters between Turkey and Greece on October 5, 2021, in Avyalik, Turkey. - Chris McGrath/Getty Images

According to the pro-government newspaper, the network consisted of five cells of three people each that operated in different parts of the country. Turkey’s National Intelligence Organization (MIT) reportedly tracked them for more than a year and on Oct. 7, nabbed the 15-member group in a secret operation carried out across four Turkish provinces.

The report said the spies had gathered information on students at Turkish universities, including Palestinians and “especially those who they think could work in the defense industry in the future.”

The network was compensated using services like Western Union and in some cases Bitcoin, according to the report. A courier system was reportedly used to move funds, with jewelry stores and markets as transit points.

The Turkish television network TRT reported that the suspects were transferred to Istanbul’s Maltepe prison.

The Turkish government has yet to comment publicly on the reported spy bust.

Relations between Israel and Turkey are strained, in part over Ankara’s support for militant group Hamas. But in a rare phone call this July, Turkish President Recep Tayyip Erdogan and Israeli President Isaac Herzog reportedly discussed the need to improve their countries’ ties. Al-Monitor also reported last year that Turkey’s intelligence chief had been holding secret talks with Israeli officials in a bid to normalize relations.

Separately on Thursday, six suspects — four Russians, one Ukrainian and one Uzbek national — were jailed pending trial on espionage charges. The state-run Anadolu news agency reported that the group was detained in the Mediterranean province of Antalya earlier this month for planning “armed action and spying” on Chechen dissidents in Turkey. Istanbul is home to several thousand Chechens.

Last week, Anadolu reported that MIT and the police had uncovered an Iranian spy network in the eastern city of Van, some 100 kilometers (60 miles) from the Iranian border. The alleged spies were planning to abduct a former Iranian soldier residing in Van, the report read.