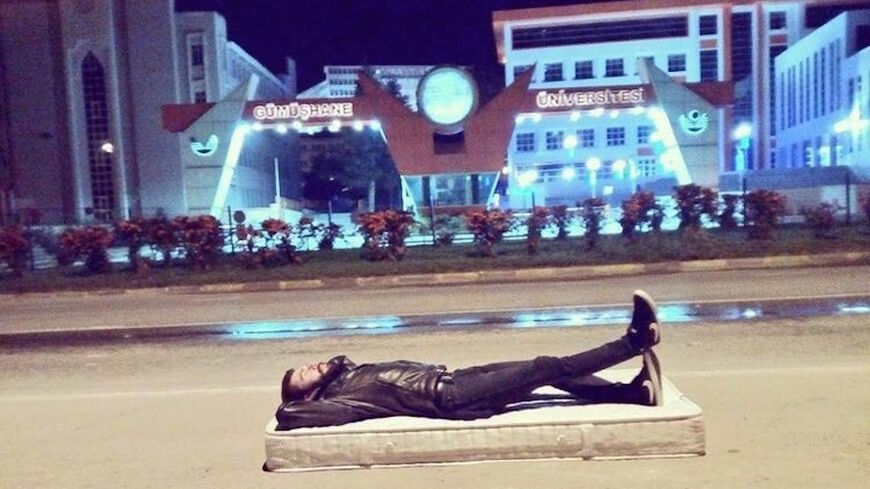 ISTANBUL — With universities resuming in-person education next month, a growing number of students in Turkey are camping out in urban parks to protest what they say is a lack of affordable housing near their schools.

Demonstrators claim recent rent hikes coupled with limited dormitory capacity are putting pressure on students as well as renters in urban areas across the country. The protests materialized with student-led camping events in Istanbul last week and have since expanded to multiple cities, including Izmir, Kocaeli and Ankara, where police detained nine protesters Monday night.

The developments highlight soaring rent prices in Turkey, where apartment rates grew an average of 55% over the last year and consumers continue to face high inflation that has increased their cost of living.

This month protest organizers launched a Movement of the Unsheltered platform on social media, through which they are prompting citizens impacted by high housing costs to fill out a form and take part in initiatives aiming to spur legislative action that would bring down exorbitant rent prices.

“Rents around universities are very expensive because it is thought that a few students will move in together,” Ebru Sert, a representative for the Movement of the Unsheltered and student at Istanbul’s Yildiz Technical University, told Al-Monitor. “Students have faced a 40% rise [in rents] in some regions and a 300% rise in other regions in the last year.”

Among those planning to camp out in Istanbul Tuesday evening was Olcay Atik, 22, a student activist at Bogazici University currently studying chemistry. Atik said he was joining the protest after he was unable to find an affordable rental near his school last month.

“Almost all of the apartments we went to were in terrible, horrible condition and almost all of them were being rented at ridiculous rates,” Atik told Al-Monitor.

He said many landlords were not able to collect full rents on their properties during the pandemic, at times being lenient to accommodate unemployed or underemployed tenants. Yet as the fall semester approaches, Atik said some landlords may be looking to make up for lost rent payments over the last year and a half and have upped their rates.

“Their goal is to compensate for [the pandemic] by charging university students ridiculous amounts of money because they can get away with it,” Atik told Al-Monitor. “A large part of the population is struggling with this.”

Housing and economic challenges have affected far more than students in Turkey, where annual inflation rose to 19.25% in August, the highest level in two years, and construction costs grew 44.76% year-on-year in July, according to data from the Turkish Statistical Institute.

With the national minimum wage at 3,578 Turkish liras ($413) per month, rising housing costs have rendered just 2% of rental properties in Istanbul “affordable,” according to a recent report by Turkey’s Center for Spatial Justice.

In response to rising costs, Turkish President Recep Tayyip Erdogan said Thursday that his government would work to control price increases on both food and rental units.

“We are well aware of problems about the cost of living caused by inflation,” Erdogan said in Kirsehir. “We will prevent excessive price increases on the shelves by placing the inflation under control as soon as possible through lowering costs and fighting opportunists.”

Meanwhile, some opposition lawmakers are highlighting an apparent shortage of student dormitories in Turkey. Muazzez Orhan-Isik, a deputy with the People's Democratic Party, said Monday there were 8 million university students in Turkey, while dormitory units available through the state’s Loans and Dormitories Institution totaled less than 800,000. The shortage is causing some students to drop out of school, Orhan-Isik said.

“I was thinking about turning your palace into a university, but now I will also think about turning it into a dormitory!” Kilicdaroglu tweeted. “I will give everything that has been stolen from the youth back to them.”