To win the next election, Erdogan must change the election laws but also find more popular political allies. His AKP party's current coalition with the ultra-nationalists is becoming a liability for his goal of re-election in 2023. 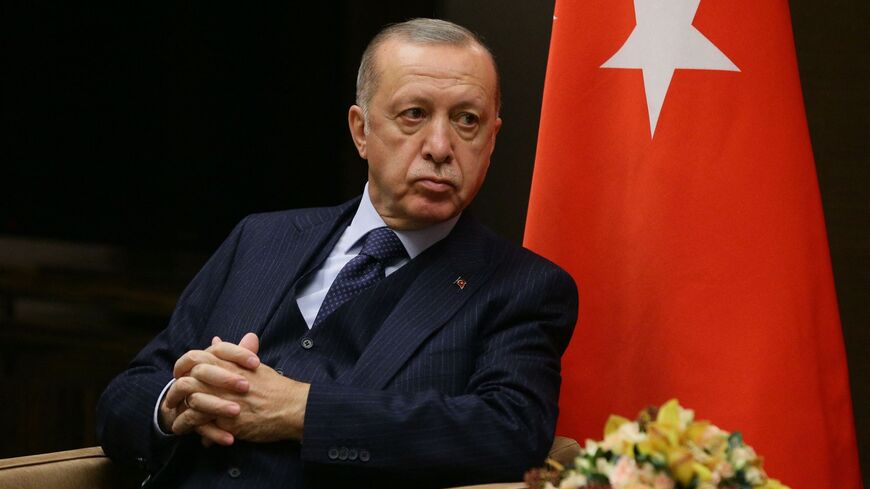 Since the last elections in 2019, two debates have dominated the Turkish political scene: the possibility of early elections and a new electoral system. Opposition parties have been calling for an early election while the government repeatedly initiates discussions about new election regulations.

Turkish President Recep Tayyip Erdogan, as he was departing for the UN General Assembly gathering in New York, told the press that his AKP party will send the new election proposal to the Parliament to upon his return. The new law needs to be confirmed at least a year prior to the election day, according to existing laws. Senior AKP officials have been telling the public the new electoral law needs to be finalized by June 2022. Although it has almost become a tradition that the government will revise the rules of the game each electoral cycle, this time the public has been kept in the dark as to what the new system will be like, as polls show a gradual decline of AKP's popularity.

The only change that Erdogan has publicly confirmed with his de-facto coalition partner, Nationalist Movement Party (MHP), is to lower the 10 percent electoral threshold. This national threshold, one of the highest in the world, was established after the 1980 military coup to keep the Islamists and the Kurds out of the parliament. Erdogan has promised multiple times to change this archaic rule. This time, he has announced it will be set at 7 percent, and some networks have even claimed it will be lowered to 5 percent. It is plausible, because MHP’s vote share in several polls is below 10 percent. Details of the new proposals are not clear yet, but the government is concerned that the MHP’s decreasing popularity is now becoming a burden for AKP.

MHP is an ultra-nationalist far-right party dating back to the 1960s with a youth branch known as the Gray Wolves (GW), with offices all around Turkey and Europe. Recently, the GW organization has come under scrutiny in Europe for their attacks against Armenians, and Kurds among others. France and Austria have banned the movement and other European countries may follow. Now the question whether to designate GW as a terrorist organization has also reached the US Congress.

Anti-immigrant and ultra-nationalist sentiment in Turkey is on the rise among all groups. So much so that Erdogan had to declare that Turkey "can no longer bear the burden of the new immigration wave."

Whenever security concerns and nationalistic feelings surge MHP traditionally has benefited from it in the polls. Yet not this time. How can we explain this puzzle? There are three main processes at work.

First, the ideological spectrum of political parties has changed since the switch in 2018 from a parliamentarian to executive presidential system, marked by a powerful executive branch and weak checks and balances. “The projected vote loss in the polls for both parties in the government should be read as the incompetence of the government to provide solutions to key problems of the country," Seren Selvin Korkmaz, a political analyst and executive director of IstanPol institute, told Al-Monitor. "Up till now, they have been fed by ideological stands. For MHP, it was ultra-nationalist and defense policies. Whenever there was a terror attack, or a flareup with Kurdish issues or a security concern, MHP’s popularity would increase. Now it is the economic crisis.”

MHP has also lost steam in its ideological stand. For example, no one remembers the last time MHP members stood by the concerns of Turkic Uyghurs. As uncontrolled migration into Turkey has skyrocketed, MHP stayed mum and aligned with AKP. “Turkish citizenship is devalued, now on sale to Arabs and where are MHP’s top echelons?" said a junior member of MHP who asked to remain anonymous for fear of retribution. "Gray Wolves are a hierarchical organization where respect for elders is the norm. That is why you won’t hear public complaints, but there is strong resentment among the grassroots”

The second explanation is that the ultra-nationalist movement has been divided within itself. While MHP’s vote share projections are decreasing, the Iyi (Good) Party, a breakaway group from the MHP which is now in opposition, is rising.

Plus, other opposition parties, such as Republican People’s Party (CHP) have capitalized on the anti-immigrant and anti-refugee sentiment and growing security vulnerability. CHP’s harsh criticism of the government's policies and the rising of unhappiness about changing demographics has compelled Erdogan to change his rhetoric about refugees. MHP, however, “has been slow and incompetent in controlling Erdogan’s pro-Muslim Brotherhood and pro-Arab policies,” said the junior MHP member. He argued that the leadership is happy to share the benefits of being in government and has given unconditional support to AKP. “Even when AKP changes their tune, and switches back to a nationalist standpoint, we are still behind. We lost the cause,” he added.

That said, the Good Party has several outspoken members on social media with a broad reach to provoke anti-Syrian, anti-Afghan, anti-refugee statements. Initially, Turkish elites both on the left and among the Islamists tried to soften these statements by speaking out against racism and discrimination, but the popular reaction was too broad and too strong to resist. They have quietly retreated.

Now, Erdogan and AKP are moving to "keep refugees out of sight, out of the news" said a scholar who works for a pro-government think tank, speaking on condition of anonymity. “We won’t be hearing about problems with refugees or seeing many images about them in the next couple of months. The conversation will be focused back to the ‘Kurdish problem’ because that is more divisive for the opposition, whereas anti-refugee sentiments not only unify the opposition but also help them to grow in numbers taken from the AKP-MHP base. So, all the media is told to curb their reporting on refugees.”

Finally, MHP is now seen as part of the problem. Economic struggles, increased illegal immigration, youth unemployment, and corruption are all associated with the government, and MHP is now a part of the establishment. Yunus Sozen, an assistant professor of political science at Le Moyne College in Syracuse, NY, told Al-Monitor, “I believe that the national electoral threshold is not necessarily getting lowered because the MHP votes are on the decline (although they seem to be), but it is probably because the MHP wanted to gain room for maneuver."

With a threshold at 7 percent, Sozen said, the MHP can participate in the election outside of electoral alliances, with more bargaining power. If the two coalition parties lowered the threshold to 7 percent, without any other changes, "that would be a big win for the MHP's bargaining power in the ruling alliance," Sozen said. If the ruling alliance continues, "the best-case scenario for the MHP is a parliamentary distribution of seats where the AKP does not acquire a parliamentary majority but is dependent on the MHP for that." If a 7 percent threshold is the only change, "it would tell me that the AKP seems to acquiesce to dependency on the MHP in the parliament, in return for the presidency.”

Although MHP has shared political power with AKP for the last five years, they have failed to expand their own political base. “AKP still needs MHP, but for how long, we ask?" said a senior AKP bureaucrat working for the military security agencies. "They might be discarded if their contributions diminish and they become a liability to Erdogan. Now it is clear that [MHP leader Devlet] Bahceli is a hindrance to any sort of Kurdish outreach. The new election laws might have to take that into consideration. Bahceli’s ultra-nationalism has become anti-Kurdish rather than pro-Turkish, and that costs us.”