In expressing support for the reinstitution of a parliamentary system and revisiting the Kurdish question, Turkey’s opposition parties appear to be reaching across ideological divides to counter President Recep Tayyip Erdogan in future elections. 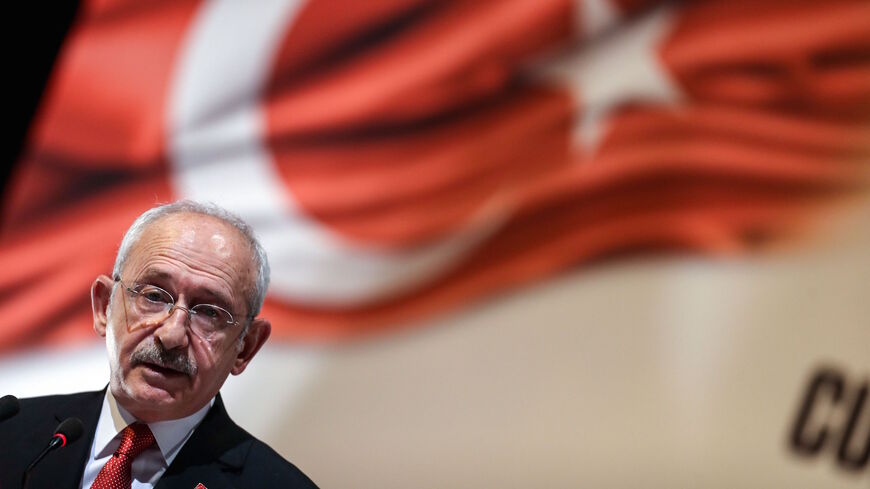 ISTANBUL — Turkey’s next presidential elections are scheduled for 2023, but with the possibility of an early vote ever-present, the nation’s main opposition parties appear to be making moves that signal their possible coordination to challenge Turkish President Recep Tayyip Erdogan’s nearly 19-year hold on power.

Recent developments remain far from pre-election campaign strategies, though statements by opposition chairs over the last week have dropped hints the leaders are open to reaching across ideological divides to compromise on several key positions.

In varying degrees, opposition party figures have voiced their support for addressing Turkey’s longstanding “Kurdish question,” or the extension of equal rights to the nation’s 15-20 million Kurdish citizens, as well as support for the return to a parliamentary system, which ended with the introduction of an executive presidency in 2018 after marginal approval through a controversial referendum the year prior.

“All this suggests, I think, [that] opposition parties are blinking at each other in more constructive ways … and the fact that the government is really struggling to keep things under control in domestic and foreign policy helps the opposition as well,” Sinem Adar, an associate at the Center for Applied Turkey Studies in the German Institute for International and Security Affairs, told Al-Monitor.

Debate on the Kurdish question and how to address it was reignited Sept. 19 with the release of the first episode of a documentary titled “Mr. Kilicdaroglu and His Alliances.” In one interview, Republican People’s Party (CHP) Chair Kemal Kilicdaroglu said the Turkish state should work to resolve issues with the pro-Kurdish Peoples’ Democratic Party (HDP) and not the imprisoned leader of the outlawed Kurdistan Workers Party (PKK), Abdullah Ocalan, as Erdogan’s government had done.

"Who is the legitimate body?” Kilicdaroglu asked in the film. “We can see the HDP as a legitimate body. It had the people's support. It came to the parliament. Therefore … if this question is to be resolved, we can do it with a legitimate body — with the HDP.”

He added, “For this reason, I think that the HDP must be in the parliament,” referencing an ongoing case to ban the HDP and more than 450 of its members from participating in Turkish politics.

The opening of the HDP closure case this year was read by many political commentators as a move by Erdogan not only to appease his junior coalition partner, Nationalist Movement Party Chair Devlet Bahceli — who had repeatedly called for the measure — but also as an effort to divide or prevent a unified opposition bloc in the next round of elections.

Such calculations posed that right-leaning parliament members within the CHP and the nationalist IYI Party would not risk alienating their voters by extending support to the embattled HDP. Yet negative reactions to date have so far been muted as Musavat Dervisoglu, an IYI Party spokesperson, echoed Kilicdaroglu’s statements in saying the HDP was a legitimate entity in the Turkish parliament.

“I don’t think that what Kilicdaroglu said was revolutionary or a radical breakthrough,” Berk Esen, an assistant professor of political science at Istanbul’s Sabanci University, told Al-Monitor. “I don’t even think it represents a major shift in his position, but it’s important that he made it clear, that he said those words in explicit terms and that Aksener agreed with him.”

Esen said the development would make it easier for the National Alliance, Turkey’s coalition between major opposition parties, to appeal to Kurdish voters, posing obstacles in the next elections for Erdogan’s ruling Justice and Development Party (AKP).

Responding to Kilicdaroglu’s statements, Erdogan said Thursday there was no Kurdish problem in Turkey, adding, “We have already solved this problem. We have overcome it. We have finished it.”

Discourse over Turkey’s Kurdish question remains highly divisive, and amid the fray, Aksener provoked further political rumblings in Ankara when she said during a televised interview Saturday she would run for the office of prime minister, not president, in the next elections.

Noting the prime minister’s office was removed with the introduction of the executive presidency, Aksener said she would run for the presidential seat only to revert Turkey’s system back to a parliamentary one that is led by a prime minister, with a president occupying a largely symbolic role with diminished governing powers.

“We will elect a president, but this president will lay the foundations for returning to the parliamentary system,” Aksener said Saturday.

Critics of Turkey’s presidential system have said it has over-centralized governing powers while pooling state resources for the party in power. Separately, in a review of the AKP-MHP coalition’s majority hold on parliament, a recent study by the Checks and Balances Network found none of the 3,076 bills submitted by opposition parties has been passed in the chamber over the last four years.

Assessing the possible impacts of recent developments in Ankara, Michael Daventry, a journalist who runs the Turkish politics website JamesInTurkey.com, said it was now more probable that major opposition parties would run a unity candidate against Erdogan in the next election cycle.

“That makes an Erdogan victory a little less likely but far from impossible,” Daventry told Al-Monitor. “He's still a formidable campaigner with massive personal appeal and can draw on the massive resources of the Turkish state.”

Daventry added, “Yet Aksener's move is a further sign that Turkey’s opposition is working together, patiently and meticulously, toward the singular aim of unseating him. This style of protracted collaboration is breaking new ground in Turkish politics, which is why so many people don't believe it can last.”