Qatar said that the gains women made under the previous Afghan government should not be undone by the Taliban, which is notorious for its treatment of women. 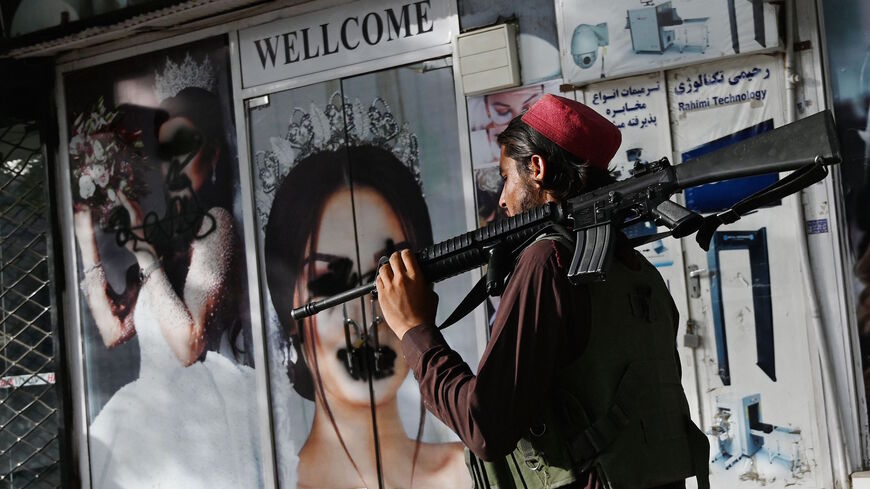 A Taliban fighter walks past a beauty salon with images of women defaced using spray paint in Shar-e-Naw in Kabul on Aug. 18, 2021. - WAKIL KOHSAR/AFP via Getty Images

“His excellency called on the Taliban to declare its policies towards women and the necessity of working with this case in agreement with the rights guaranteed to women,” the official Qatar News Agency reported on Thani’s remarks.

The diplomat also stressed that the Taliban must enable women to exercise their rights “without reversing what has been achieved” in reference to the relatively improved state of women’s rights under the previous internationally recognized Afghan government.

The Taliban captured nearly all of Afghanistan last month amid the US military withdrawal from the country, which wrapped up this week. The radical Islamist group previously ruled Afghanistan from 1996 to 2001 until a US-led invasion toppled them after the Sept. 11, 2001 attacks.

The Taliban’s mistreatment of women is well-documented, and female Afghanis were confined to their homes the last time the Taliban was in power. The group has pledged to be more lenient this time around, though there are already reports of gender-based violence occurring.

Thani made the remarks during a press conference with Dutch Foreign Minister Sigrid Kaag. He also called on the Taliban to ensure “safe passage” for the foreigners still in Afghanistan following the end of the US-led evacuation, Agence France-Presse reported.

The situation for women in Qatar has also been criticized by some rights groups, for example regarding the male guardianship system. Other observers have praised Qatar for its improvements on women’s issues, noting women’s educational opportunities in the Gulf state.