Qatar has good relations with both the United States and the Taliban and has been assisting with repatriation efforts from Afghanistan. 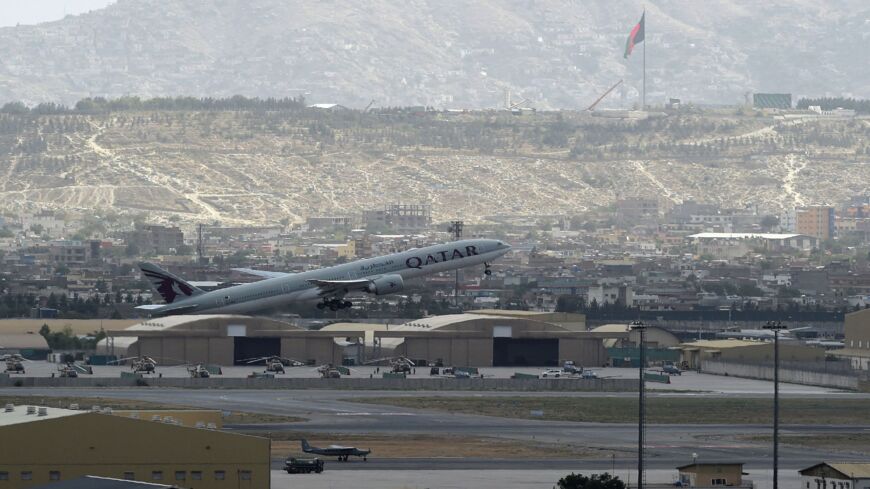 This picture taken on Aug. 14, 2021, shows a Qatar Airways aircraft taking off from the airport in Kabul. - WAKIL KOHSAR/AFP via Getty Images

Qatar Airways flew more Americans out of Afghanistan on Sunday after coordinating with the Taliban. The Doha-based airline departed Kabul with 21 US citizens and 48 US residents onboard, the State Department said in a press release Monday.

“We are thankful to Qatari authorities, who continue to coordinate these flights with the Taliban,” read the release.

The US military and allied international forces withdrew from Afghanistan last month. The pullout was accompanied by a swift takeover of the capital, Kabul, its airport and much of the rest of the country by the Taliban. The US government did not finish the process of evacuating US citizens from the country by the time of the withdrawal, which has forced Washington to rely on the Taliban to get Americans out.

Qatar Airways has conducted other repatriation flights since the US withdrawal. Earlier this month, the state-owned airline flew another group of Americans and other foreigners out of Kabul.

Qatar is in a unique position to help get foreigners out of Taliban territory. Qatar has relations with the Taliban and has pressured the hard-line Islamist group to moderate now that it is back in power. Qatar hosted some Taliban leaders in Doha and also mediated Afghan peace talks before the Taliban victory. Qatar is also a major ally of the United States. Qatar is additionally hosting Afghans who left the country and are now waiting for visas to be processed.

The situation at Kabul’s international airport has normalized somewhat since the August chaos. Iran also resumed passenger flights to the city this month.