Oil production shutdowns are increasingly likely as several players in the sector push their own agenda. 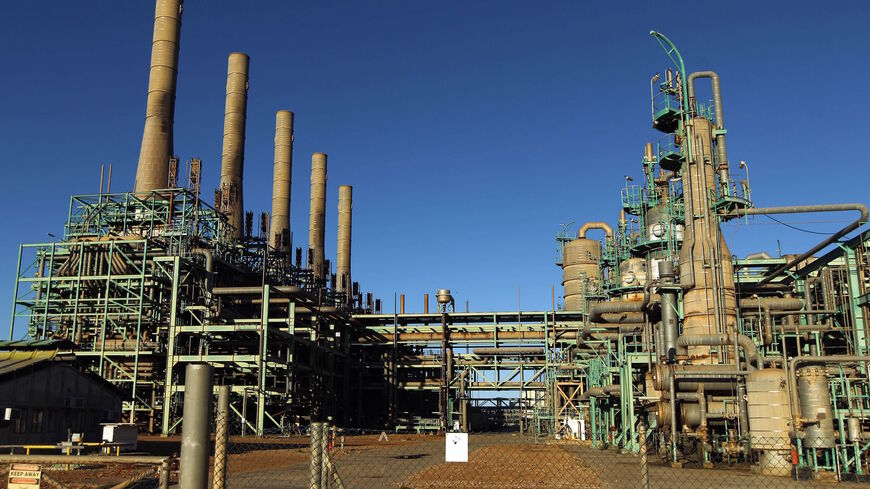 The war of words over who controls Libya’s oil sector has now spilled over into its operations. Last week, one of the most powerful men in Libya, National Oil Corporation (NOC) chairman Mustafa Sanallah, accused Oil and Gas Minister Mohammed Aoun of seeking to destabilize the NOC out of personal motives.

Sanallah's remarks contain more than a kernel of truth, but they could have been expressed with greater delicacy — possibly opening the path to reconciliation. To understand this sordid power struggle, it is crucial to keep in mind that Aoun was only appointed in March when the Government of National Unity (GNU) came into power so as to weaken Sanallah and appease Libya's eastern powerbrokers who had long sought his ouster. In fact, Aoun was likely chosen because years ago he was part of the breakaway “Eastern NOC” scheme to weaken Sanallah and the entire NOC as a technocratic, Tripoli-centric institution.

Sanallah's case to be the official head of all things pertaining to oil is strong. He is the undisputed head of the NOC as per international law. He has performed technical wizardry to restore production after long stoppages and has deployed his social capital to get blockading communities to resume production. Additionally, the structure of Libya's economy into semi-sovereign economic institutions, as well as the international law and UN resolutions concerning the Libyan oil sector, insulate the NOC and make it nearly impossible for a government-appointed ministry to claim authority or oversight over the NOC's actions.

Therefore, despite clearly lacking the authority to do so, Aoun had tried to have Sanallah sacked while the latter was traveling abroad, accusing Sanallah of the meaningless offense of “violating travel regulations.” Meanwhile, Aoun has publicly questioned seemingly legitimate deals between the NOC and international oil companies. Although GNU Prime Minister Abdul Hamid Dbeibah "canceled" Aoun's illegal decision to replace Sanallah, on Sept. 8, Dbeibah addressed questions from the House of Representatives (HoR) in Tobruk, during which he revealed that the board of directors of the NOC would be reshuffled. Dbeibah also stated that he would be open to the NOC headquarters being moved to Benghazi, but noted that this would not occur immediately if desired as preparations would need to be made.

These theatrics make it seem like Dbeibah may have even maneuvered — perhaps even actively encouraged the destabilizing quarrel — to allow himself greater control over the oil sector and allow him to swoop in as the populist savior willing to appease Eastern grievances and dole out patronage. To further add to this confusion, Aoun's office has issued a meaningless statement declaring that Sanallah's suspension is still “in effect.” Sanallah certainly has legitimate reasons to be aggrieved and to see a conspiracy against him afoot. However, rather than simply squatting on his moral high ground vis-a-vis Aoun’s challenge, he went on the offensive with a video campaign.

In response, on Sept. 8, protestors demanding Sanallah’s removal blocked tankers at the important eastern terminals of Sidra and Ras Lanuf from loading crude. These protestors have accused Sanallah of failing to provide residents with oil sector employment opportunities, despite what they claim are “their historic efforts to defend oilfields from the Islamic State (IS).” (IS never controlled these areas and was evicted from the oil crescent entirely nearly five years ago.)

Another group based in Libya’s south has threatened to close the Sharara oilfield — Libya’s largest — within a week unless Sanallah is dismissed. These events follow several days of reported threats from protestors to block exports from Sidra and other key ports, although production had reportedly been affected. It is crucial to keep in mind that these current actions are undertaken by the very constituents that Aoun's appointment was meant to appease. In fact, he was chosen by the GNU prime minister wishing to appease exactly these regions and to partially turn Libya's oil sector into a patronage vehicle appeasing them rather than a technocratic institution, monopolized by bureaucratic experts zealously guarding their personal power.

Nonetheless, despite the profound institutional, regional and ideological dimensions, it appears the current tensions fundamentally derive from the bad blood between Aoun and Sanallah possibly deliberately manipulated by Dbeibah, which could have been resolved by delicate external mediation if both players had checked their egos outside their offices. In classic Libyan fashion, this has not happened and the personal crisis threatens to seriously damage Libya’s precarious stability.

With Africa’s largest crude reserves, ordinary Libyans depend on basic goods whose prices are kept artificially low with government subsidies derived from oil revenues. Meanwhile, the country’s elite has grown rich, often from corrupt public-sector projects funded by oil money — rendering control over this crucial sector a major political issue. Despite these oil monies being misused and the oil sector also frequently being shut down by strike action or blockades by warlords, there has never been a genuine crisis of legitimacy over who has the right to exert technocratic control over the sector. In fact, arguably the only major success of Libya's post-Muammar Gadhafi transition is that the NOC's monopoly on the production, export and import of hydrocarbons has been unequivocally maintained. Even when Libya's administration was divided into rival eastern and western governments, only the “real” NOC ever held sway over the oil sector. Calling this into question via the GNU appointing a minister of oil and gas was therefore highly problematic and likely to lead to drama of this sort.

In parallel with Aoun’s attempted power grab, a major NOC subsidiary, the Arabian Gulf Oil Company, threatened to shut down operations if they do not receive the necessary funding for repairs and maintenance. There are rumors that another subsidiary, Sirte Oil Company, might also enter the fray. The lack of funding stems from a protracted tug-of-war between the GNU, which came to power via a United Nations-mediated dialogue process, and the pre-existing parliament that has long overstayed its mandate, the House of Representatives (HoR). GNU Prime Minister Dbeibah created the oil minister post when the GNU came to power in early 2021 without clearly delineating the spheres of responsibility between the two institutions. The escalated tensions between the NOC and the ministry will now make it even more difficult for the necessary funding to the sector to be released. If these two companies indeed shut down, as much as 400,000 barrels per day — nearly one-third of Libya’s current production — could be taken offline. Meanwhile, various groups around the country are seizing the opportunity to push their own agendas, with off and on blockades and the intermittent shutdown and restarting of production appearing increasingly likely.

Additionally, the battle between Sanallah and Aoun risks destabilizing not only the oil sector but even the entire unity government. Libya’s NOC was founded under Gadhafi in 1970, shortly after he came to power to insulate the oil sector from the patronage politics that he intended for the rest of the Gadhafian economy. After Gadhafi’s fall, Libya’s governing institutions began to split along east-west lines in 2014 with the disputed election of a new parliament, the HoR, which the outgoing parliament refused to recognize. Sanallah has attempted to keep the NOC neutral and shield oil production from these destabilizing political currents. However, Aoun’s moves to replace Sanallah — coming mere months before scheduled national elections that are unlikely to happen despite the recent noise about an HoR elections bill — are not about actually getting rid of him as much as they are about making eastern-based challengers to Dbeibah appear able to solve the impasse. These include HoR speaker Aqeela Saleh, who was among those hoping to become president when the GNU was formed and has been seeking ways to steer the current electoral roadmap in his favor.

Given how high the stakes are, it is therefore critical that those members of the international community who would like to see a stable transition in Libya raise their voices publicly against the replacement of Sanallah, making clear that they will not countenance actions that would undermine the NOC as an institution. Behind the scenes they have already been saying the right things; now is the time for public naming and shaming. If the full weight of international sanctions and opprobrium are now brought down upon Aoun in response to his violation of international and Libyan law by encouraging illegal blockades of Libya's ports, then such activities will likely be halted in their tracks and a semblance of technocratic governance can be maintained over Libya's oil sector. It would also be useful if Sanallah’s friends can convince him to walk back his more aggressive statements to make a broader reconciliation possible.

The longer this crisis continues, the more it will incentivize other nefarious actors to throw their weight around seeking to carve out bits of Libya's economy as their own patronage disbursement mechanisms.