New rules will be enforced after some Israelis with COVID-19 returned to the country from Ukraine using forged negative test results. 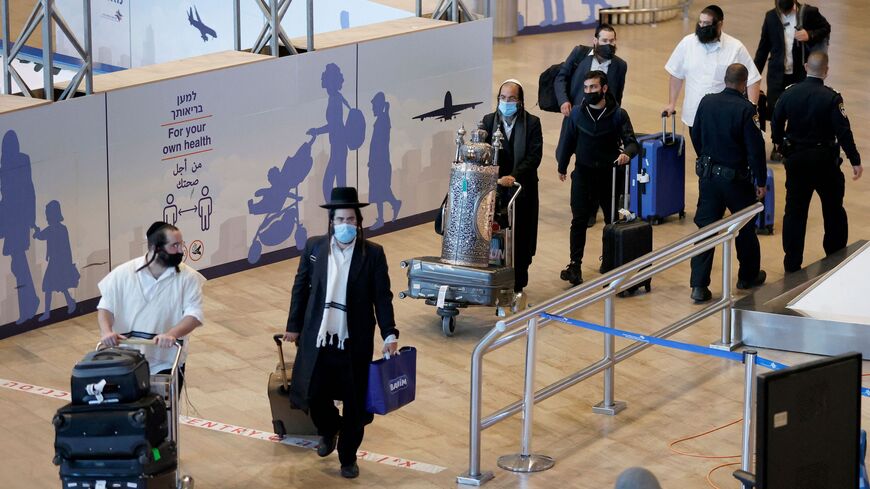 Ultra-Orthodox Jewish men arrive at the Israeli Ben Gurion airport near the coastal city of Tel Aviv on Sept. 9, 2021, after spending the Rosh Hashanah celebrations in the central Ukranian town of Uman. - JACK GUEZ/AFP via Getty Images

Israel’s prime minister is cracking down on people entering the country with COVID-19 after some infected Rosh Hashanah pilgrims used phony test results.

Anyone with the coronavirus who is found to have entered Israel under false pretenses will be referred to the Israeli police. They will also be subject to a criminal investigation, and the charges may include fraud, forgery and willfully spreading a disease. Such people will also be evacuated to their homes or a hotel at their own expense, among other measures, Bennett’s office said in a statement Thursday.

All travelers to Israel must present a negative PCR test taken within the past 72 hours, per Ministry of Health guidelines.

The Israeli government’s relationship with the Hasidic and wider ultra-Orthodox or Haredi Jewish community has long been complicated – particularly throughout the pandemic. Some Israelis blamed the religious community for the virus’ spread, since some Haredi Jews continued to worship together in defiance of anti-virus measures.

Bennett is Israel’s first Orthodox Jewish prime minister, though he is from the relatively more assimilated religious Zionist community. Haredi Jews, on the other hand, are often anti-Zionist, and do not typically serve in the Israeli military.