Some Israeli parents are demanding the Tel Aviv municipality keep the children of illegal immigrants concentrated in one school in the south of the city. 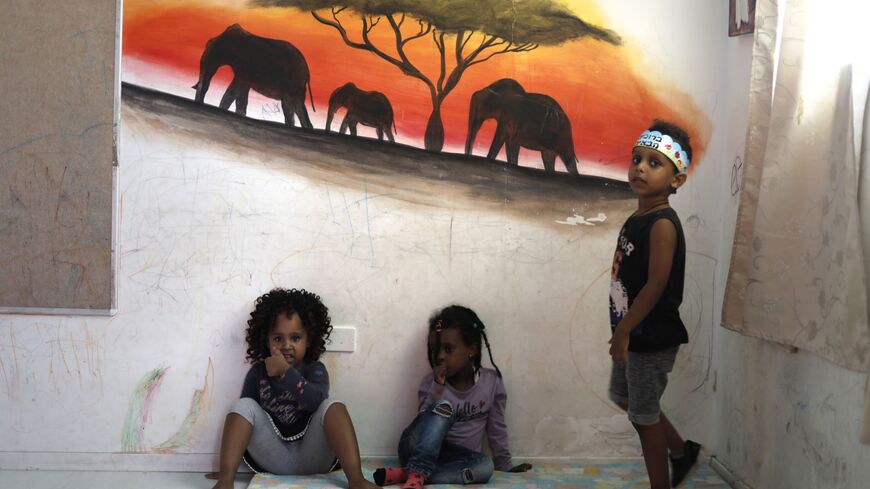 Do the children of illegal immigrants in Israel have the right to an education? This question has been coming up with increasing frequency in southern Tel Aviv. The parents of children in several schools there have begun expressing opposition to the growing number of these children sharing the classroom with their own. They are asking that the Tel Aviv municipality send these children to other schools, preferably in Tel Aviv’s affluent northern neighborhoods.

This figure does not include the children born to this population in Israel. They are estimated to number about 2,500, the overwhelming majority of them in Tel Aviv. The city provides these children with a free education, Hebrew-language classes, psychological services, hot meals and more in schools designated specifically for these children.

The current unrest was sparked by the registration of eight children in the first grade at the Kfir school in southern Tel Aviv. Until now, the school had very few such students. Israeli parents kept their children home when classes began Sept. 1 and held demonstrations against Tel Aviv Mayor Ron Huldai. The Israeli parents claim that they are not opposed to the presence of these children in the school per se, pointing out that the school already has 25 such children who live in the neighborhood. They oppose the transfer of students from another school district just because the children’s home district already has a high migrant population.

Avi Tal has two daughters who attend the Kfir school. He told Haaretz that the city is “trickling” children seeking sanctuary into the school, causing a demographic shift.

The city says it understands the concerns of the Israeli parents that incorporating immigrant children in the classroom will harm the quality of education for their own children, not least because many of the newcomers do not speak Hebrew on par with the Israeli children. Nevertheless, the municipal authorities also say that they are allocating large amounts of money to these schools to improve services and the overall quality of education for all students, including the Israeli ones. The city has stated specifically that the Kfir school will receive a significant increase in funding this year because it is integrating these immigrant children.

City officials are concerned that these protests will erupt into violence, now that they have been joined by anti-immigrant and anti-immigration activists. Last month, a scuffle broke out between young Israeli neighborhood residents and several illegal migrants during a demonstration near the Kfir school. A preschool classroom slated to accept immigrant children was set on fire.

Many parents are unhappy about these anti-immigration groups joining their protests. When they showed up at another demonstration last week with signs reading, “Danger! Illegal Immigrants!” a large group of parents left.

Sheffi Paz is one of the most prominent activists against illegal immigrants in Tel Aviv. She claims that top city officials and the wealthy classes have been pushing these workers to the city’s poorer neighborhoods and refuse to accept them in their own schools. Paz tweeted to this effect by inviting the liberal population of Tel Aviv to demonstrate and demand that schools in the “white” neighborhoods of the city open up to the “rich cultural diversity” of the "black ghetto in the south."

In another tweet she claimed that the “trashy” associations that help migrants talk about eliminating discriminatory practices in education and integrating the children of illegal migrants in the southern neighborhoods’ school forget that most of these children have special needs or are in special education classes or at risk. She claimed this population needs 100% of teachers’ attention and school resources, leaving nothing for the Israeli children.

At least some parents in the immigrant community agree that their children should be distributed more evenly among more schools and should not exclusively attend schools in the southern neighborhoods. They have petitioned the court using the term “segregation” to describe the policy of the city, as 90% of their children attend schools designated specifically for them.

Attorney Haran Reichman of the Law and Education Policy Clinic at Haifa University filed the petition together with attorney Tal Hassin of the Association for Civil Rights in Israel. Reichman said, “The Tel Aviv municipality is applying pressuring to the already weaker neighborhood in the south, where the absorption of these students is a burden on the residents. This raises old demons and results in vociferous opposition, which is ultimately harmful to the children.”

On Sept. 5, the Tel Aviv District Court held a hearing on the issue that ended with a compromise. The Tel Aviv municipality agreed to integrate 200 students in first, second and third grades in schools in the center and north of the city — but on the basis of available spots. The petitioners agreed to this proposal, but its implementation depends on the establishment of transportation for these students from their neighborhoods in the south of Tel Aviv to the schools in the center and north. The project will require state funding, no small task.

Like so many other problems in Israel, the central government is dragging its feet and looking away, preferring to try to send these immigrants back to their countries of origin. Only a few hundred immigrants have accepted offers of support in returning. As for the rest of them, given their illegal status, they are having a hard subsisting, never mind leading a reasonable life here.