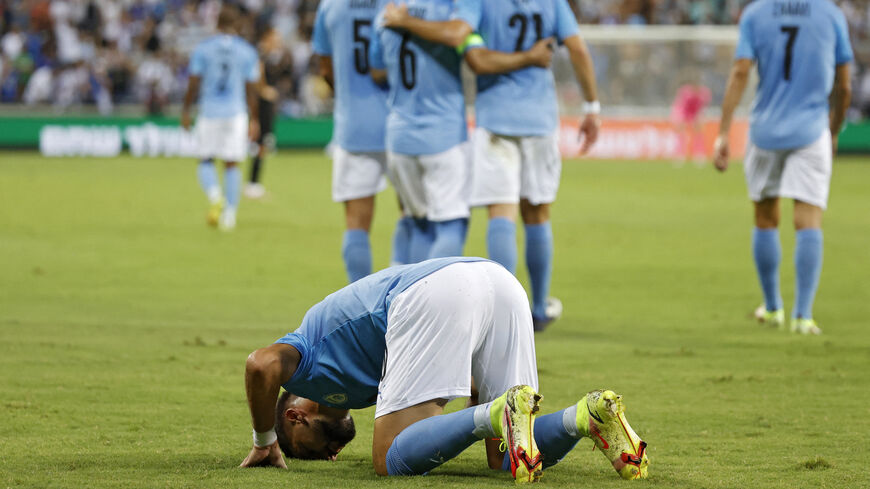 It's been a wild week for Israel’s national soccer team and its Arab-Israeli player Moanes Dabbur. Israel won matches against the teams of the Faroe Islands and Austria — 4-0 and 5-2, respectively — with Dabbur scoring a goal in each. But after coach Willy Ruttensteiner asked Dabbur not to play against Denmark, Israel lost with an embarrassing 0-5.

Feelings are mixed among the fans and players. Dabbur had only recently resumed playing and during the home game against Austria on Sept. 4, he was subjected to booing and insults not from the opposing side but from the Israeli fans.

Dabbur had been invited to play for the Israeli team in matches against the Faroe Islands, Austria and Denmark for the first time since the May Instagram affair. During the riots that erupted in Israel’s mixed cities and Jerusalem, while the Israel Defense Forces was conducting its Gaza Guardian of the Walls operation, Dabour posted an image of Al-Aqsa with a Quranic verse: “Don’t think that God will ignore the acts of evil men. He will only delay their judgement until the day the gaze is frozen.”

The post went viral and upset Israeli sports fans and others who considered the post an attack against the state of Israel and Israeli Jews. Israel’s national soccer team hurried to censure the soccer player and published a notice saying it expects all its athletes to express themselves in ways that contribute to unity, reconciliation, and calm. Without mentioning Dabbur by name, the association called on its players to remember that they represent Israel and warned that disrespectful behavior could result in disciplinary action.

Dabbur was not officially punished, but was excluded from friendly matches with Montenegro and Portugal last June. Ruttensteiner explained that it was a decision reached between himself and the player, as they both understood that under the circumstances, Dabbur would not be able to positively contribute to the team.

It wasn’t the first social media post by an Arab-Israeli player to raise an uproar among the Jews in Israel. In 2018, after a 7-0 victory over Guatemala, Beram Kayal posted a picture on Instagram of the Arab-Israeli players on the national team with the caption "We are the greatest of the village/the bosses." The post was later edited.

Kayal was paying tribute to the players who were responsible for five out of the team's seven goals during the match. Arab-Israelis are familiar with the Arabic poem "The Greatest of the Village." Evidently, many other Israelis are not. Thus, many people interpreted the quote as Kayal saying that the Arab players were the “bosses” of the top team, posting vitriolic reactions. The incident was an example of the delicate relationship between Israel's Arab and Jewish citizens and the inability of segments of Jewish society to accept Arabs in influential positions.

On the eve of the Sept. 4 match with Austria, far-right Knesset member Itamar ben Gvir called on the public to boo the Arab player. “I call on all the fans of the national Israeli team, and all other backers, to boo player Moanes Dabbur, who should be playing on the Syrian team.” The heckling began while the players took the field as their names were read. When Dabbur’s name was called, some fans responded with whistles and boos that erupted again every time Dabbur touched the ball. Even when Dabour scored a goal for the team, and kissed the grass and made a heart sign with his hands while his team members cheered, some of the Israeli fans in the stands continued to boo him.

Dabbur’s brother, Farnas Dabour, told Sport 5 TV on that Dabour “did not intend to hurt anyone” with his May post. Soccer fan Ahmad Awesa from the Arab-Israeli town Baqa al-Gharbiyye told Al-Monitor, “The verbal attacks on Dabbur were harsh and his response to the attackers was scoring a goal. Dabbur only quoted a verse from the Quran, nothing more, yet he was attacked by the politicians and the media. He was targeted on social media by Jewish players during periods of military operations and tension between Arabs and Jews, but he was never treated like this before.”

Many Jewish soccer fans spoke out against the booing. One of them, Gilad Bussi, told Al-Monitor, “In my opinion, booing Moanes was uncalled for. When a player wears the uniform, he represents Israel, and anyone in the audience who boos him shows that he doesn’t support the team. I personally am very happy that he scored that goal.” 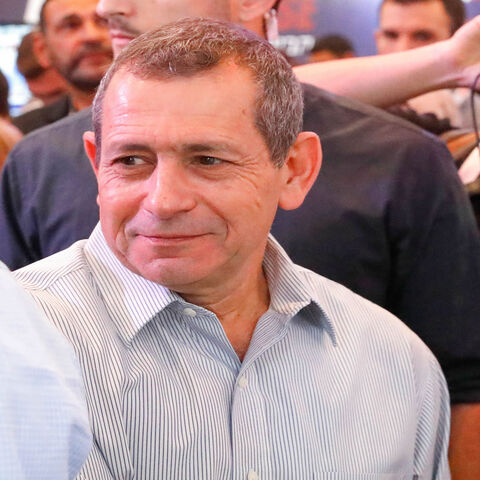