US special envoy for Yemen Timothy Lenderking urged international donors to step up their contributions to the Arab world's poorest country. 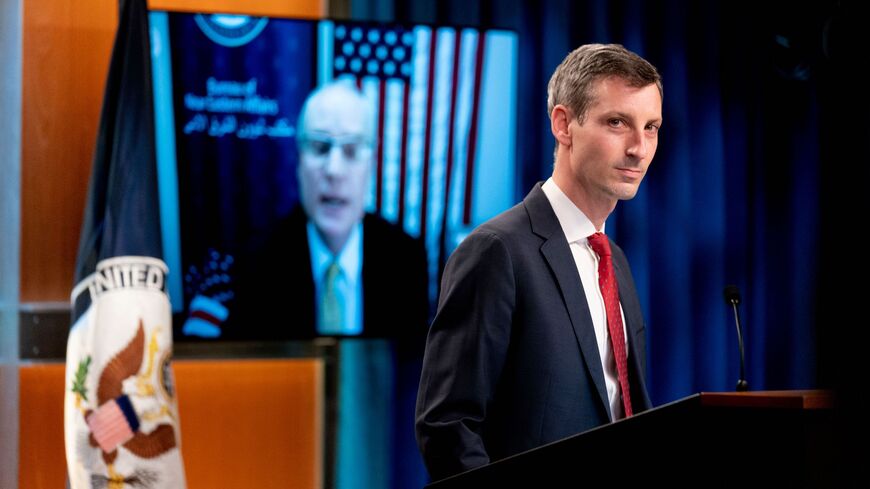 Washington announced $165 million in additional humanitarian assistance to Yemen on Monday, warning the grueling civil war will continue unless international donors scale up their support for the country's poorest.

“Until economic stability is restored, Yemenis will need additional humanitarian assistance to prevent a further deterioration in living conditions that will only make it harder to resolve the conflict,” US special envoy to Yemen Timothy Lenderking told reporters on a call Monday.

“Obviously the US can’t do this alone, so other donors — particularly regional donors — must step up their contributions,” Lenderking said.

The United States remains the largest single donor to Yemen, Lenderking noted, providing more than $3.6 billion in relief since the man-made humanitarian crisis erupted in 2014.

Financial assistance to Yemen has plunged during the pandemic. Despite soaring levels of hunger and poverty, the United Nations’ humanitarian appeal in March raised less than half of the $3.85 billion it said was needed to alleviate what is considered the world’s worst humanitarian crisis.

The fighting between the Houthis and the Saudi-led military coalition backing the Yemeni government has killed more than 100,000 people, uprooted millions from their homes and left the country teetering on the brink of famine. More than two-thirds of the country — some 20 million people — are reliant on humanitarian assistance to survive. Children bear the brunt of the conflict, with nearly 2.3 million under the age of five expected to suffer from acute malnutrition in 2021.

President Joe Biden has made ending the devastating war an early foreign policy priority and in his first month in office cut off American support for the coalition’s offensive operations in Yemen and suspended arms sales to the kingdom.

Lenderking, who Biden tapped as his Yemen envoy in February, has spearheaded the administration’s push for peace among Yemen’s warring parties. But the violence shows few signs of slowing as the Houthis press ahead with their offensive on the strategically important city of Marib.

The United Nations and aid agencies have warned hundreds of thousands of Yemenis could be displaced if the rebels seize the oil-rich region, which after seven years of war is the government’s last stronghold in the north.

“The Houthis are not winning in Marib,” Lenderking said. “The situation is stalemated and many are questioning why the Houthis should continue an offensive that is just leading to death and destruction.”

The Houthis, who exercise de facto control over the part of Yemen where 80% of the population lives, rejected Saudi Arabia’s nationwide cease-fire proposal in March on the grounds it didn’t go far enough end the air-and-sea blockade Riyadh imposed in 2015 to prevent arms from reaching the rebel group.

On Monday, US officials said the government of Yemen's restrictions on fuel ships are responsible for the slowdown in fuel arriving at Red Sea ports.

“The US believes that restrictions on fuel imports at Hodeidah port must be lifted immediately. We cannot state that more clearly,” said Lenderking, also blaming the fuel shortages on the Houthis’ price manipulation and stockpiling.