Grundberg will replace Martin Griffiths, a veteran British diplomat who served as the UN's Special Envoy for Yemen since 2018. 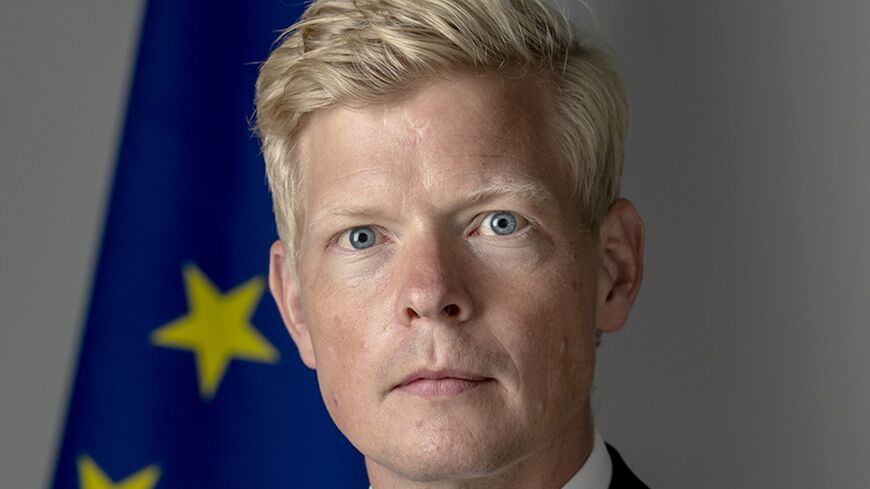 Hans Grundberg has been named the new UN envoy for Yemen. This photo was posted to accompany an Aug. 19, 2020, tweet about remarks he made on the occasion of World Humanitarian Day. - Twitter/EU in Yemen

The United Nations has appointed Swedish diplomat Hans Grundberg as the UN’s special envoy for Yemen. Grundberg will succeed Martin Griffiths, a veteran British diplomat who has taken on a new role as the UN’s humanitarian relief chief.

In announcing Grundberg’s appointment Friday, the UN noted he has more than 15 years' experience working in conflict resolution, negotiation and mediation and has focused his career on the Middle East. Since September 2019, Grundberg has served as the European Union’s ambassador to Yemen.

He has also held posts in Cairo and Jerusalem, and in 2009, chaired the European Council’s Gulf Working Group in Brussels.

If approved by the 15-member Security Council, Grundberg will oversee UN efforts to end a devastating war that has killed more than 230,000 people since the Iran-aligned Houthis expelled the internationally recognized government from the capital, Sanaa, in 2014. A military coalition led by Saudi Arabia intervened on behalf of the exiled government the next year.

The war has created what the UN considers the world’s worst humanitarian crisis, with some 20 million Yemenis — roughly two-thirds of the population — dependent on aid to survive. The UN estimates 16 million people will experience hunger in the next year, and some 400,000 children could starve to death.

The UN and the US are pushing for a political solution to end the nearly seven-year war and have repeatedly called on the Houthis to agree to a comprehensive truce. In March, the rebel group rejected a US-backed Saudi cease-fire proposal on the grounds that it didn’t go far enough to end the coalition’s use of blockade tactics.

US Secretary of State Antony Blinken welcomed Grundberg’s appointment, saying he “brings considerable expertise on Yemen and the region.”

“We look forward to working closely with him to advance a durable resolution to the conflict in Yemen,” Blinken said in a statement Friday.

The Houthis in February renewed their offensive on the oil-rich Marib region, the government of President Abed Rabbo Mansour Hadi’s last stronghold in the north. Aid agencies have warned of a major humanitarian catastrophe should the Iran-aligned rebels seize Marib, which is home to more than 1 million internally displaced Yemenis.

“There is unprecedented international and regional consensus on the need to end the Houthi offensive on Marib and other fighting, and on placing renewed emphasis on political talks to finally bring relief to the Yemeni people and allow them to determine a brighter future for their country,” Blinken said.