Israel conducted airstrikes in Hezbollah-controlled southern Lebanon, including near a Palestinian refugee camp, following rockets being fired into Israel a day earlier. 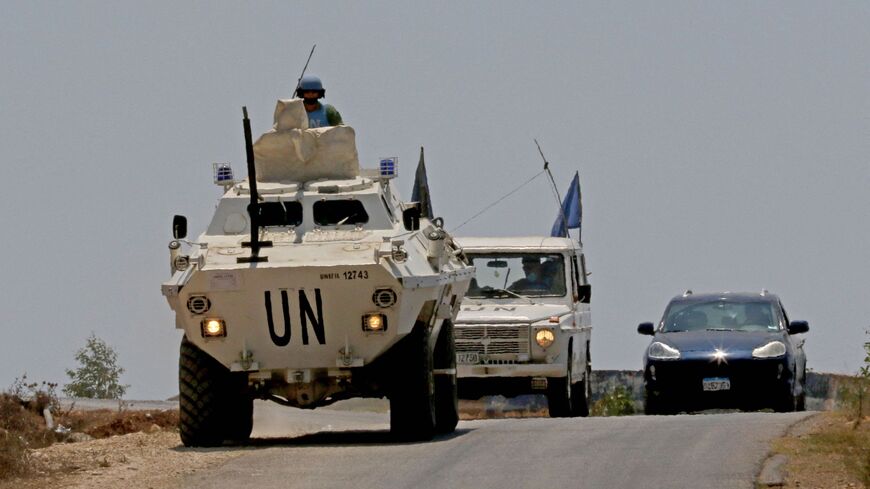 A picture taken on Aug. 5, 2021, shows the vehicles of United Nations Interim Force in Lebanon patrolling in Sahl al-Khiyam (Khiyam plain) near the border with Israel. - MAHMOUD ZAYYAT/AFP via Getty Images

Israel conducted airstrikes in Lebanon again on Thursday, prompting a response from United Nations peacekeepers in the area.

The Lebanese National News Agency reported that jets belonging to “the Israeli enemy” struck near Marjayoun in southern Lebanon. The warplanes also hit close to the Rashidieh Palestinian refugee camp in the south, according to a Lebanese army statement. The airstrikes led to holes in the ground in both areas, per the army.

On Wednesday, unknown perpetrators in Lebanon fired rockets into Israel, and Israel responded with artillery fire.

The situation led the UN’s peacekeeping mission in Lebanon, UNIFIL, to convene a meeting with Israeli and Lebanese military officers on Thursday. In a statement, Head of Mission Stefano Del Col called on both states to "explore ways to reinforce security and stability” and give “full and timely” cooperation to the investigations into the recent incidents.

Israel and Lebanon lack formal relations and are technically in a state of war. The Lebanese military and political organization Hezbollah in particular is in conflict with Israel. Hezbollah controls the areas where the recent hostilities have taken place. Border skirmishes between Israel and Lebanon occur sporadically.