Hezbollah fired rockets into Israel in August, prompting retaliatory strikes by the Israeli military on Lebanon. 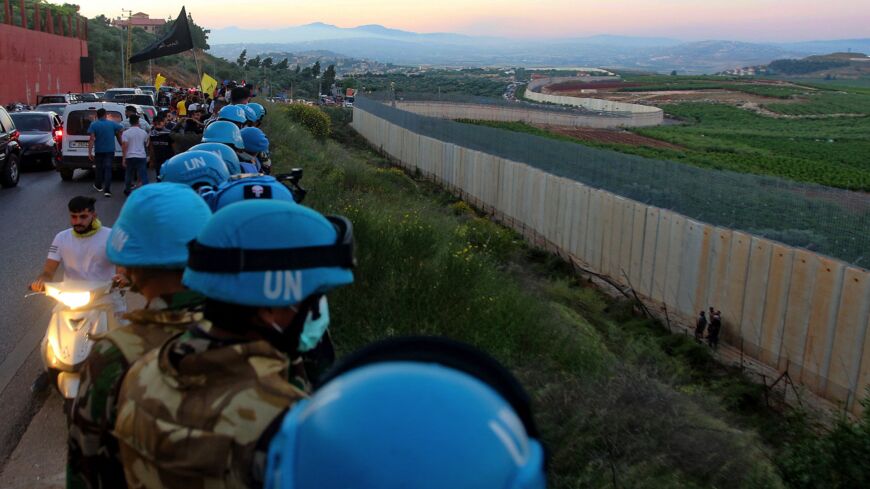 United Nations peacekeeping force in Lebanon (UNIFIL) soldiers stand along the border wall with Israel, in the Lebanese village of Adaiseh, on May 15, 2021. Three rockets were launched from Syria, while Israel's army said it fired "warning shots" toward potential infiltrators from Lebanon. - MAHMOUD ZAYYAT/AFP via Getty Images

The commander of the UN’s Lebanon mission, UNIFIL, Maj. Gen. Stefano Del Col, chaired the meeting with representatives of the Lebanese armed forces and the Israel Defense Forces at the UN base in Naqoura, southern Lebanon. They discussed the “serious breaches in the cessation of hostilities” that took place Aug. 4-6, according to a UNIFIL statement.

“This unprecedented level of escalation has serious implications for the cessation of hostilities,” said Del Col. “It is important therefore that this remains an isolated event and does not represent a new trend.”

On Aug. 6, the Lebanese military organization Hezbollah claimed credit for several rockets that were fired from Lebanon into Israel that day. It followed previous unclaimed rocket strikes. The Israeli military said it struck the rocket launch sites in Lebanon in response.

Israel and Lebanon lack formal relations and are technically in a state of war. Israel is particularly in conflict with the Iran-backed Hezbollah in Lebanon. In addition to the cross-border attacks, Israel sometimes strikes Hezbollah positions in neighboring Syria. Some Palestinian groups in Lebanon have also reportedly fired rockets into Israel this year.

Del Col said the two states made “progress” in marking the Blue Line, which is a border drawn for the purposes of maintaining a cease-fire between Israel and Lebanon.

The Israeli military confirmed their participation in Thursday’s meeting and said they presented information showing Hezbollah’s presence in southern Lebanon, according to a tweet.

The Lebanese armed forces did not immediately comment on the meeting but tweeted Wednesday that they partook in a military drill with UNIFIL forces.