Israel shelled areas of southern Lebanon in response, though it was unclear who fired the rockets. 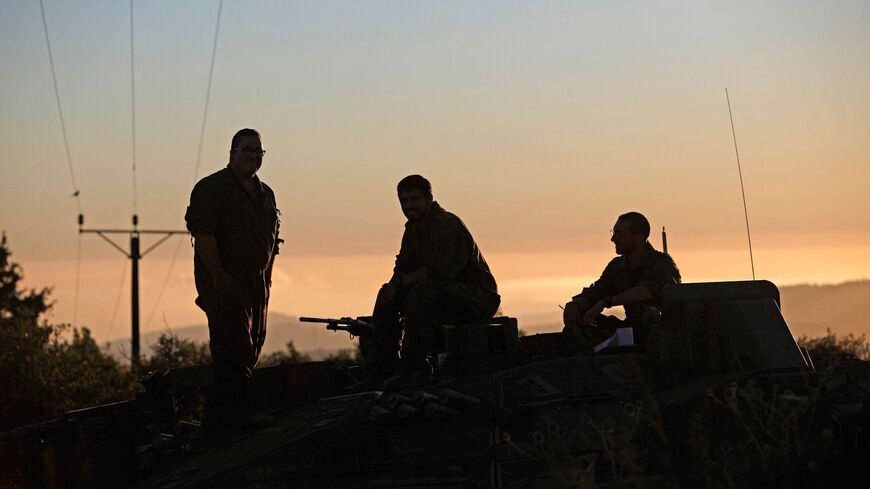 Israeli soldiers are positioned near the northern Israeli settlement of Shtula along the border with Lebanon on May 19, 2021. - JALAA MAREY/AFP via Getty Images

Rockets were fired from Lebanon into Israel on Wednesday, prompting an Israeli military response. It was not immediately clear who was behind the incident.

Three rockets were launched from Lebanon toward northern Israel. Two landed in Israel and one landed in Lebanon, the Israel Defense Forces reported in a tweet. Video posted by the IDF showed a fire attributed to the rockets burning in an open area. The IDF said it struck unspecified targets in Lebanon.

RAW FOOTAGE: 3 rockets were just fired from Lebanon toward northern Israel. 2 rockets landed in Israel, and 1 fell inside Lebanon.

In response, our artillery forces fired into Lebanon. pic.twitter.com/Sf3754RqRU

Lebanon’s official National News Agency reported that Israeli shelling hit near the towns of Shebaa and Kfarchouba in the south, causing a fire in the former. Israel also shelled the areas of Marjayoun and Rachaya Al Foukhar in southern Lebanon, per the agency. A shell is a small projectile containing an explosive.

Skirmishes between Israel and Lebanon are not uncommon. In July, a rocket from Lebanon hit Israel, prompting the IDF to respond with artillery fire.

Neither Israel nor Lebanon has named who was behind the original rocket fire. Lebanese media outlets have implicated Palestinian armed groups in similar incidents recently. Israel and the Lebanese military and political organization Hezbollah, which controls much of the border region, are also in conflict and exchange fire every so often. Hezbollah-affiliated media outlets also did not claim to know who was responsible for Wednesday’s attack.