The Israeli military fired at targets in Lebanon following rockets being launched from Lebanon toward Israel. 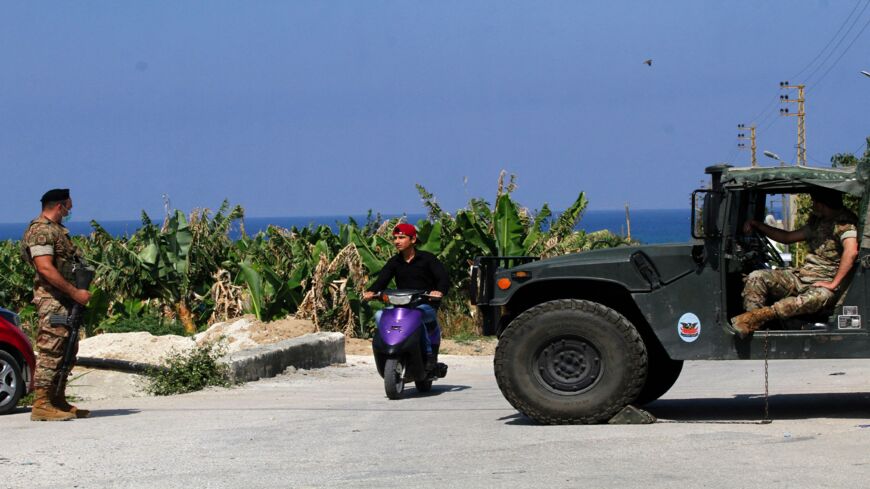 Lebanese soldiers stand guard in the southern Lebanese town of Qlaile on May 14, 2021. Three rockets were fired from southern Lebanon toward Israel, a Lebanese military source said. Israel's army confirmed the attack and said the rockets landed in the sea. - MAHMOUD ZAYYAT/AFP via Getty Images

Small-scale fighting is persisting on and near the Israel-Lebanon border.

The Israel Defense Forces (IDF) reported that six rockets were fired from Lebanon toward northern Israel late Monday night local time. The rockets all landed within Lebanon, and Israel said its artillery fired toward the launch sites in response. The IDF did not say who was responsible for the attack.

Lebanon’s official National News Agency reported that an Israeli missile hit a water storage area Monday night in the town of Markaba in southern Lebanon, causing damage to the pipes. Israel also launched 20 rockets and a reconnaissance drone near the southern town of Kfarchouba, according to the agency.

Last week, protesters in Lebanon rushed toward the Israeli border before Lebanese security forces stepped in. Also last week, three rockets were reportedly fired toward Israel from Lebanon and landed in the Mediterranean Sea. Lebanese media pointed to Palestinian armed groups in Lebanon as the culprits at the time.

The Israel Defense Forces reported four more rockets fired from Lebanon on Wednesday. One was intercepted by the Iron Dome air defense system. Israel responded by “striking a number of targets in Lebanon,” the IDF said in a tweet.

The Lebanese Army cordoned off the launch site, but likewise did not attribute the attack to anyone.