UK willing to strike IS-K in Afghanistan after withdrawal

The United Kingdom can strike Afghanistan if the opportunity is presented, the Royal Air Force chief has said. 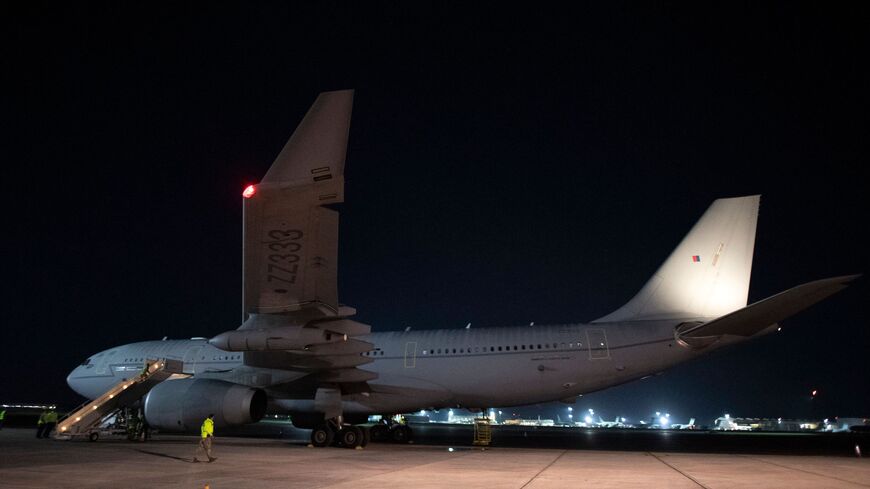 The United Kingdom’s military is ready and willing to conduct strikes against Islamic State-Khorasan, or IS-K, in Afghanistan, the head of the country’s air force said Monday after the last Western troops departed the country.

“Ultimately what this boils down to is that we’ve got to be able to play a global role in the global coalition to defeat Daesh, whether it’s strike, or whether it’s moving troops or equipment into a particular country, at scale and at speed,” Wigston said, using the Arabic acronym for the Islamic State.

“If there’s an opportunity for us to contribute I am in no doubt that we will be ready to — that will be anywhere where violent extremism raises its head and is a direct or indirect threat to the UK and our allies,” he continued.

“Afghanistan is probably one of the most inaccessible parts of the world, and we’re able to operate there.”

Raab said the international coalition against the Islamic State remained prepared “to combat Daesh networks by all means available, wherever they operate.”

The affirmation of support for the US-led coalition comes after an IS-K suicide bomber killed more than 100 Afghans and 13 US military personnel at an entry gate amid international evacuations from Kabul's airport last week.

Details of classified discussions within the Pentagon leaked to Politico suggested the US commander on the ground at the airport, Rear Adm. Peter Vasely, wanted to close the gate due to urgent security concerns, but that it was left open to allow the British to continue their evacuations.

Both UK and US officials have been quick to paper over reported disagreements between international troops that arose during the frantic operation at the airport.

The United States has vowed to strike IS-K with “over-the-horizon” capabilities, largely air and drone strikes launched from outside of Afghanistan. The United States maintains a significant military basing in the Gulf, where British troops share a presence.

It seems unlikely that foreign militaries will have access to Kabul’s airport anytime soon, as the Taliban has firmly rejected that proposal.

Still, US and other officials are hoping Turkey and Qatar can help the Taliban restore the airport’s normal functioning so that diplomatic and international aid presences can be restored in Afghanistan after this month’s rapid evacuation.

Having lost large networks of informants on the ground, the United States faces an uphill climb in any future bid to hunt down IS-K or al-Qaeda operatives in Afghanistan.

“I do believe the Taliban is going to have their hands full with ISIS-K,” the head of US forces in the Middle East, Gen. Kenneth “Frank” McKenzie said yesterday.

“I think they're going to reap what they sow,” McKenzie said.