Ankara claims that Twitter hashtags calling for international aid with the wildfires raging through the country were "organized abroad" with "ideological motivations" in what critics say is a panicked attempt to change the narrative of Turkish helplessness to contain the crisis. 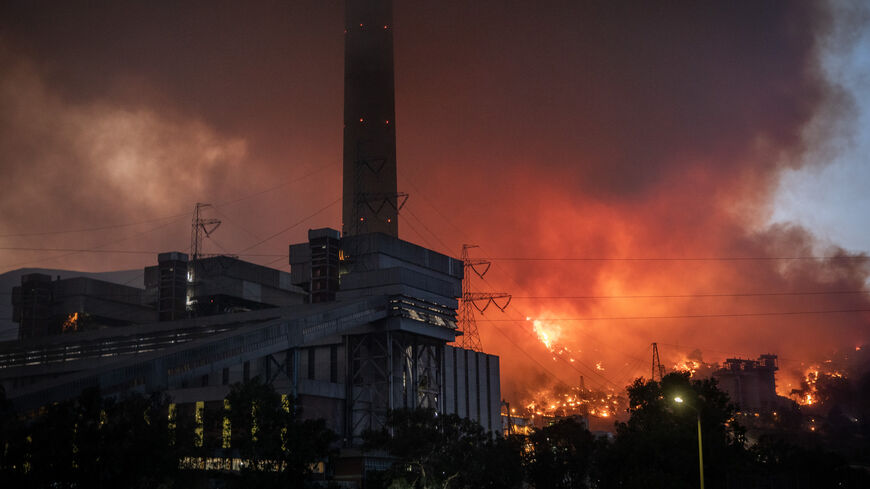 Fires burn at the back of the Kemerkoy Thermal Power Plant on Aug. 4, 2021, in Mugla, Turkey. - Chris McGrath/Getty Images

ISTANBUL — A prosecutor in Turkey has opened an investigation into social media calls for international help to fight the forest fires that have engulfed the country for more than a week.

The Ankara chief prosecutor’s office said in a Thursday statement that “technical examination” had revealed that “some individuals and groups are trying to create anxiety, fear and panic among the public and insult the state and government of the Republic of Turkey in an organized way through real or bot accounts.” It added that the investigation would focus on “posts found to contain criminal elements.”

The announcement came after Turkey’s broadcasting authority, RTUK, issued a warning to news channels over their coverage of the disaster on Tuesday.

The letter said broadcasters would face the “most severe sanctions” if they focused too heavily on ongoing fires in “anticipation of chaos” while ignoring successful firefighting operations.

The measures followed criticism of the government’s response to more than 150 blazes that had affected 40 of Turkey’s 81 provinces by Wednesday evening and killed eight people. In particular, opposition politicians focused on President Recep Tayyip Erdogan’s revelation that the country had no firefighting aircraft.

Despite this apparent lack of preparedness, TV footage of desperate villagers battling the flames and pleas from mayors for more firefighting resources, the government condemned the Twitter campaign.

The “so-called aid campaign, organized abroad and from a single-center, was initiated with ideological motivations, with the aim of portraying our state as helpless and weakening our state-nation unity,” Erdogan’s communications director Fahrettin Altun said in a statement on Monday.

The government and its supporters responded with the hashtags #StrongTurkiye and #WeDontNeedHelp.

Nevertheless, planes from Russia, Iran, Ukraine, Azerbaijan, Spain and Croatia have been enlisted to fight the fires, sparked by a heatwave across the Mediterranean region that has also fed blazes in Greece and Italy.

Erdogan later thanked 73 countries as well as organizations such as the Red Cross, the European Union and the United Nations for their assistance.

According to the WebTekno website, both the #HelpTurkey and the #StrongTurkiye hashtags were themselves spread through automated “bot” Twitter accounts before gaining traction among individual users.

Ozgur Unluhisarcikli, director of the German Marshall Fund in Ankara, said the government was trying to deal with both a natural disaster as well as a public relations dilemma.

The #HelpTurkey hashtag was likely initially intended to highlight the government’s perceived mismanagement rather than a genuine call for international assistance, Unluhisarcikli added.

“This is what the government is reacting to, but in a democracy, citizens have the right to make such rhetorical statements; it’s freedom of speech. This is a fight between the government and the opposition on perception management.”

Ahmet Evin, a senior scholar and board member at Sabanci University’s Istanbul Policy Center, said the government’s response to television coverage and social media content relating to the fires reflected a “complete lack of direction and leadership.”

“There’s panic on the president’s part,” he added. “All the mistakes of the past decade and a half are coming to roost now and that’s what we’re seeing. It’s an attempt to deflect blame and quash criticism. It’s a panic. If you can’t address the problem itself then the next best thing is to stop people seeing the reality or talking about the reality.”