Turkey's Erdogan says he may meet with Taliban leadership 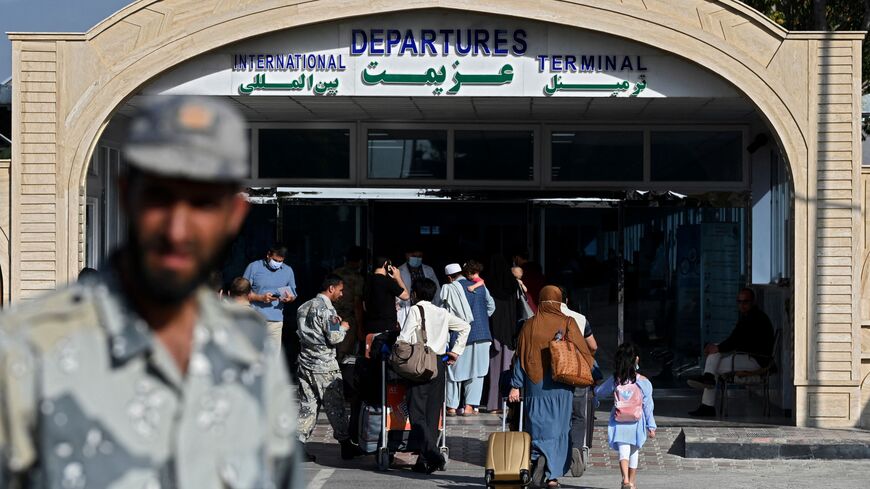 Turkish President Recep Tayyip Erdogan suggested Wednesday that he may meet with leadership of the Afghan Taliban as the insurgents sweep across the country amid NATO withdrawal.

“The latest developments and the situation of the Afghan public are really, really troubling," Erdogan told CNN Turk on Wednesday.

"Maybe I will even be in a position to receive the person who is their leader," he said.

Turkey’s government has offered to leave no more than 500 troops in Afghanistan to secure Kabul’s international airport after the United States and NATO complete their withdrawals later this month.

Ankara has conditioned the proposal on unspecified diplomatic logistical, and financial conditions. Pentagon spokesman John Kirby said Wednesday that those discussions are ongoing, but did not offer any updates.

US officials have described keeping the airport open as vital to securing international diplomatic and international aid missions in Afghanistan as the Islamist fighters rapidly advance.

But the Taliban have rejected the proposal for Turkey to leave troops to guard the airport.

The Islamist insurgents have quickly expanded their gains over the past week, and now hold roughly a quarter of the country’s provincial capitals — much quicker progress than US officials had predicted. The Taliban already control much of the country’s north and are beginning to threaten the government’s ability supply and defend population centers.

Kirby emphasized again Wednesday that the collapse of Kabul is not an inevitable outcome, and that the Afghan military dwarfs the Taliban’s forces.

Nonetheless, The Washington Post reported Tuesday that the US military has assessed that Kabul could potentially fall to the Taliban within 90 days. The State Department has reportedly weighed plans to draw down the US Embassy if needed. Yet Turkish officials say they are still open to securing the airport, according to Reuters.

“If we do not get a control of things like this at a high level, it won't be possible to secure peace this time in Afghanistan," Erdogan told CNN Turk.

At home, the Turkish president faces increasing pressure over the growing presence of foreign refugees, first from Syria, and now from Afghanistan.

Turkey’s mission may also be a way for Erdogan to regain some favor in Washington, where he has become something of a pariah among lawmakers on Capitol Hill for human rights abuses at home and exporting Syrian mercenaries abroad.

The Biden administration has not wavered on its major dispute with NATO ally Turkey, however. A top State Department official told lawmakers in June that the administration would not readmit Ankara to the F-35 Joint Strike Fighter program until Turkey gets rid of the Russian S-400 missile defense system it purchased in 2017.