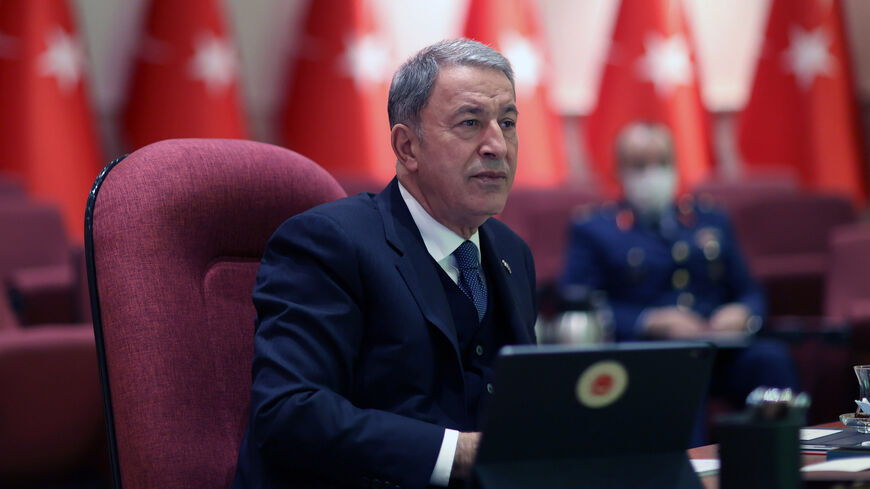 Pakistan’s Prime Minister Imran Khan called for “face-to-face” dialogue between Turkish officials and the Taliban over stability in Afghanistan as that country descends further into civil war.

Khan said efforts would be made to establish such talks after meeting with Turkish Defense Minister Hulusi Akar, who visited Pakistan’s capital on Thursday.

Speaking at the Turkish Embassy in Islamabad, Akar said that his government’s plan to secure Kabul’s international airport after NATO’s withdrawal from Afghanistan will “take shape” in the coming days, but offered no specifics, Reuters quoted him as saying.

His comments come as Taliban insurgents make sweeping gains in Afghanistan while government forces struggle to hold areas outside the capital. The Islamist insurgents have rejected Turkey’s proposal.

While it is not yet clear how far the Taliban onslaught will reach, the US military has assessed that the fighters could potentially take Kabul within 90 days.

“The latest developments and the situation of the Afghan public are really, really troubling," Erdogan told CNN Turk on Wednesday.

“If we do not get a control of things like this at a high level, it won't be possible to secure peace this time in Afghanistan," Erdogan said.

US officials have described Turkey’s offer to secure Kabul’s airport as vital to maintaining international diplomatic and aid missions in Afghanistan.

The Taliban have taken nine, or roughly a quarter, of Afghanistan’s provincial capitals.

On Thursday the Taliban claimed to have captured Herat, Afghanistan’s third largest city, and Ghazni, leaving the fighters within some 90 miles of Kabul. They already control most of Afghanistan’s north, with the exception of Mazar-i-Sharif.

Middle East Eye on Wednesday cited Taliban spokesperson Mohammad Naeem as expressing openness to a potential meeting between the insurgents’ leadership and Erdogan.

“Everyone wants to meet our leader. And we would also like that, but in the right circumstances,” Middle East Eye quoted Naeem as saying. “There is communication between us and the Turkish embassy in Doha. And we like to have relations with all countries.”

Naeem reiterated the Taliban’s rejection of Turkey’s proposed airport security mission however, saying, “We have said our word to Turkey about the security of Kabul airport in all frankness and clarity. All foreign forces must leave our country.”

Akar’s visit comes as US officials led by envoy Zalmay Khalilzad are attempting to convince the Taliban not to attack the US Embassy in Kabul if the fighters take the capital, The New York Times reported.

A US-led diplomatic effort in Doha, Qatar, is underway in an attempt to stall the Taliban advance.