Flights to evacuate Afghan interpreters will begin by the end of July, the White House said today. 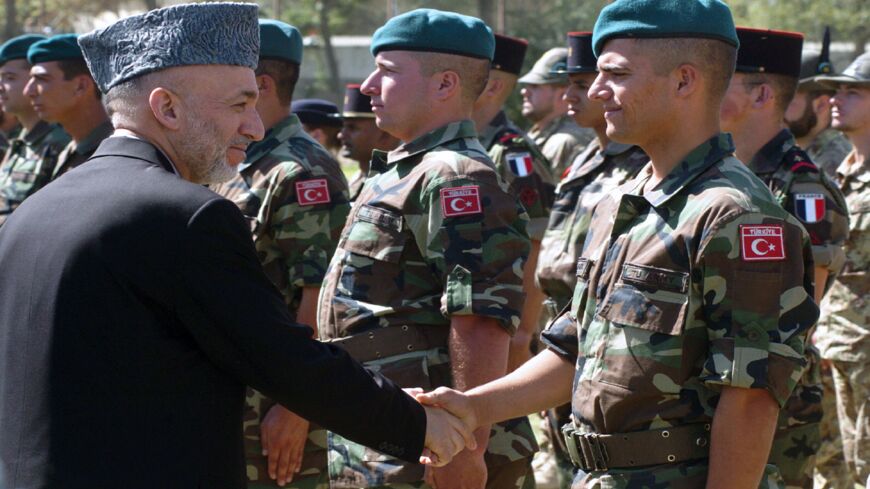 Ankara is signaling that the Taliban’s warnings against plans to leave Turkish security forces at the Kabul airport after NATO withdraws from Afghanistan are not being taken seriously.

BBC Turkish cited an unnamed security official this morning as saying that the Taliban’s latest threats to treat remaining Turkish forces as enemy occupiers are being interpreted as little more than posturing.

"It is true that they see the American soldiers as invaders. However, we have contact; they know that we do not have an invasion purpose. These are symbolic statements,” the official told BBC.

Turkey’s government has offered to leave its roughly 500 troops at Hamid Karzai International Airport to secure international diplomatic missions in the Afghan capital. US officials and their counterparts in Ankara are still hammering out details of the arrangement, but a deal is not far away, officials have said.

What other security forces may assist Turkey’s noncombat troops after the United States leaves is not yet clear.

Meanwhile, the Taliban has spoken out in stern opposition to the proposal in recent days. The group issued a written statement on Tuesday calling Turkey’s proposal “abhorrent.”

“This is the message given to the international community in the background: 'Nothing will happen except what we say.’ Therefore, we do not think that there will be an aggressive attitude toward Turkey,” BBC quoted the security source as saying.

Earlier this week, Afghan officials said an unspecified air defense system had been installed at the airport to defend against rocket attacks.

The Taliban have made sweeping advances across several Afghan provinces, seizing control of yet another major border crossing — this one with Pakistan — on Wednesday.

Meanwhile, the Pentagon is refusing to disclose whether it is assisting Afghan forces with US airstrikes, citing security reasons, though press secretary John Kirby has acknowledged the United States retains the authority to do so.

"The United States needs to rethink this decision and at the very least provide direct air support to our Afghan partners," said Mick Mulroy, the Pentagon's former top policy official for the Middle East and former CIA station chief.

"This support could prevent the Taliban from taking the rest of the country, to include Kabul," said Mulroy, who is now an ABC News analyst.

US President Joe Biden last week rejected what some are seeing as a rosy prognosis for Afghanistan’s accelerating civil war, calling it “highly unlikely” that the Taliban will be able to take over the entire country from government forces.

The Pentagon’s statements have been more measured. Press secretary Kirby acknowledged yesterday that the Defense Department interprets the Taliban’s rapid advances as suggesting the group indeed has “governance designs … of a national character.”

Whether they can achieve that or not will depend on “Afghan leadership," Kirby stressed repeatedly this week.

Despite their advances, the Islamist fighters have yet to take a provincial capital. A senior Taliban official signaled yesterday they do not desire to fight in Afghanistan's cities.

So far, American officials appear to be betting that the Taliban will value the prospect of international recognition and cooperation over their ideological commitment to ridding the country of foreign forces.

Russia, China and Iran have already moved to secure assurances from the Taliban in talks last week. Speaking to The Telegraph yesterday during his visit to Washington, the United Kingdom’s Defense Minister Ben Wallace suggested his government is open to relations with the Taliban if they come to power.

Wallace cautioned, however, that his government will review any such ties if the Taliban “behave in a way that is seriously against human rights.”

Meanwhile, US officials have explored talks with Central Asian governments to temporarily relocate thousands of Afghans who worked with Western forces during the two-decade conflict.

Flights for Afghans who have begun the process to immigrate to the United States are set to begin at the end of July, the Biden administration announced today.