Erdogan also said he stands behind a peaceful resolution to the violence in Tigray. 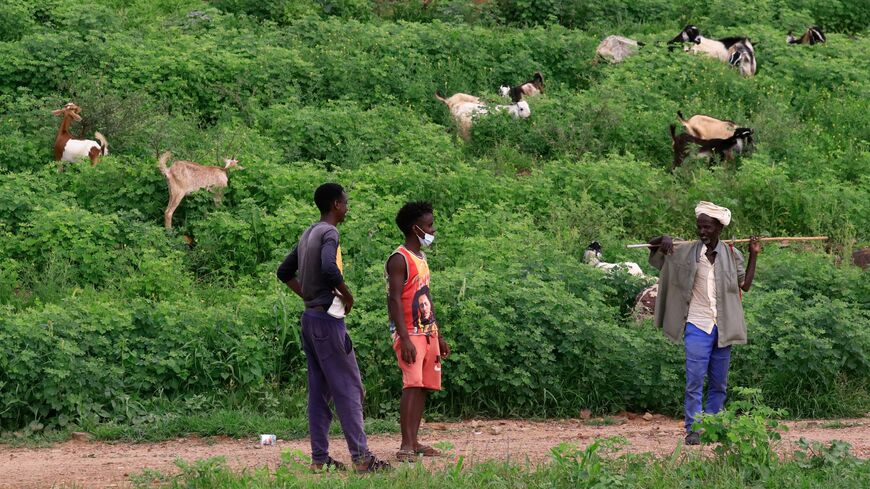 Ethiopian refugees who fled the fighting in the Tigray region gather look on as a shepherd tends to his cattle at Umm Rakuba camp in eastern Sudan's Gedaref state, on Aug. 11, 2021. - ASHRAF SHAZLY/AFP via Getty Images

Speaking alongside Ethiopian President Abiy Ahmed following their meeting in Ankara on Wednesday, Erdogan also said his government supports a peaceful resolution to the Tigray conflict, which has displaced thousands amid widespread allegations of war crimes by government-aligned troops.

Separately, violence in the al-Fashagha triangle on the two countries’ shared border flared up again late last year, one of many tense disputes in the Horn of Africa that could potentially unravel the region if allowed to erupt into a war.

“We are ready to make any contribution to an amicable resolution of the problem, including mediation,” Erdogan said. The two also signed military agreements, the contents of which were not made public.

Ending the dispute is a high priority for US diplomats in Washington, who have had little clear success in relaxing tensions in the region in recent years.

The two separate conflicts have taken precedence over the Biden administration’s efforts to resolve Ethiopia’s Nile dam dispute with Sudan and Egypt. US officials have expressed concerns that the Fashagha dispute could potentially develop into regional war, while the Ethiopian government’s involvement in violence in Tigray threatens to damage US relations with the strategically important country.

Abiy’s visit to Ankara came just a week after one of Sudan’s top leaders, Gen. Abdel Fattah Abdelrahman al-Burhan, did the same.