Turkey is expecting refugees to arrive from war-torn Afghanistan via Iran and is increasing border security as a result, according to Turkish media. 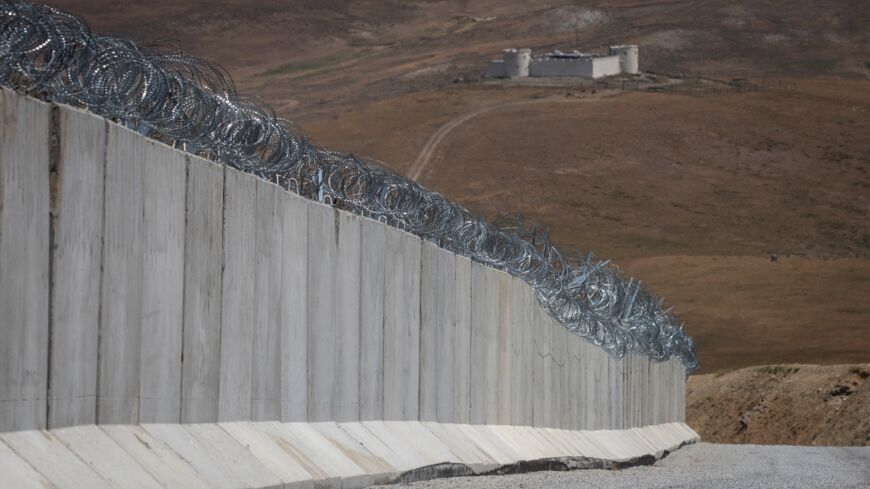 A part of Turkey’s newly completed border wall is seen on the Turkey-Iran border on July 10, 2021, in Caldiran, Turkey. A growing number of Afghan refugees are fleeing into Turkey as the Taliban escalates its military offensive and the United States nears completion of its troop withdrawal after a two-decade war. - Chris McGrath/Getty Images

Turkey is strengthening its eastern border with Iran due to the possibility of more migration from Afghanistan into Turkey via Iran.

The Associated Press reported on Wednesday that Turkey is sending troops to its border with Iran to stop a potential wave of Afghans seeking to enter. Irregular migration from Afghanistan to Turkey via Iran is already increasing as people who fled the war weeks ago finish the journey through Iran, according to the outlet.

The news follows recent reports in Turkish media on reinforcements to the eastern border. Turkey started building a border wall in the Van province earlier this month, as well as a watchtower. The wall will be lined with barbed wire, and authorities expect it to be finished by the end of the year. The wall is being built to guard against “illegal passages,” the official Anadolu Agency reported.

Anadolu reported in July that hundreds of Afghans came to Turkey via Iran, ultimately seeking to go to Europe. Some of them alleged mistreatment by Iranian authorities.

Turkish Defense Minister Hulusi Akar visited the Iranian border on Sunday to inspect security measures. The visit was in anticipation of more refugees coming, and the minister discussed arrivals from Afghanistan, the pro-government Daily Sabah reported.

One soldier on the border told Akar, “Neither terrorists nor illegal immigrants can enter our country while we are here,” according to the outlet.

The Islamist group the Taliban captured the Afghan capital of Kabul on Sunday as the US military nears closer to removing its forces from the country. The group has made rapid advances across the country, prompting fear among Afghans who fear the Taliban's brutal rule and violence. The number of Afghans fleeing the country could therefore increase dramatically in the near future.

Turkey was also part of the international military coalition in Afghanistan and was considering staying behind to guard the Kabul airport following the alliance’s withdrawal. Turkey has reacted positively to the Taliban takeover so far.