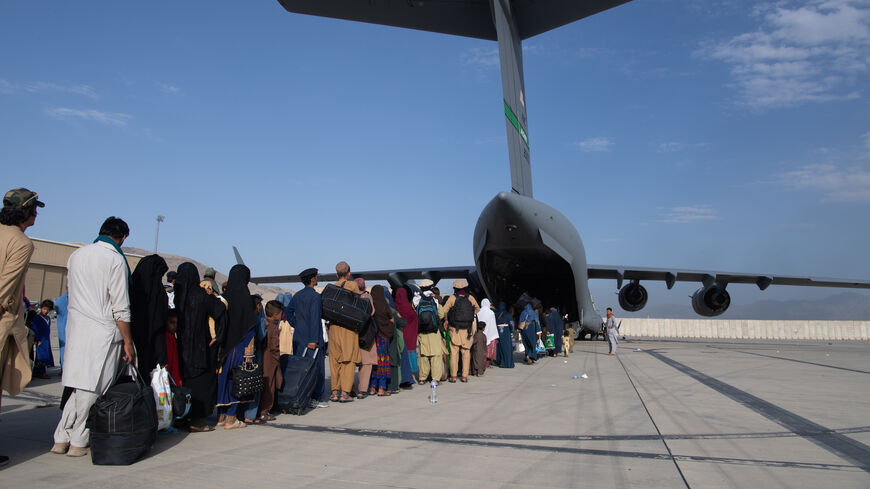 The development comes as the Taliban wrapped up its first round of talks with Turkish officials over the same subject — providing technical assistance to keep the airport functioning.

Two Turkish officials told Reuters on Friday that Ankara will not help run the facilities unless Turkish forces are allowed a security presence at the airport.

The Taliban have rejected Turkey’s proposal to leave troops at Kabul airport. Turkish soldiers began withdrawing this week ahead of the US withdrawal deadline of Tuesday. The United States is preparing to withdraw its troops from Kabul airport by the end of the month in accordance with a prior agreement with the Taliban.

Qatar has played an outsized role in the international evacuation effort, which is being overseen by the US military. Tens of thousands of Afghan refugees have been flown to installations in Qatar and other countries in the Gulf to await further transport.

The Taliban swept across Afghanistan and entered Kabul on Aug. 15 before US troops had fully secured the airport amid emergency evacuations from the capital. Hundreds of thousands of people flooded the streets of Kabul hoping to escape the Islamist insurgents’ rise to power.

The frantic situation around the airport turned even more deadly Thursday as a suicide bomber detonated his vest just outside a main gate. The blast killed at least 170 people, including 13 US troops, marking the deadliest day for the US military in a decade.

Turkish President Recep Tayyip Erdogan suggested Thursday that his government was in no rush to send personnel back to the airport. “We will make a decision once calm prevails,” he said.

Qatar’s government has long had open ties with the Taliban, but did not recognize the group as the official rulers of Afghanistan during its last stint in power, between 1996 and 2001.

Taliban officials have openly had offices in Qatar since 2013. The Gulf country facilitated Taliban talks with the United States over ending America’s involvement in the conflict in Afghanistan.