The rocket was the first since the end of the latest Gaza war in May. 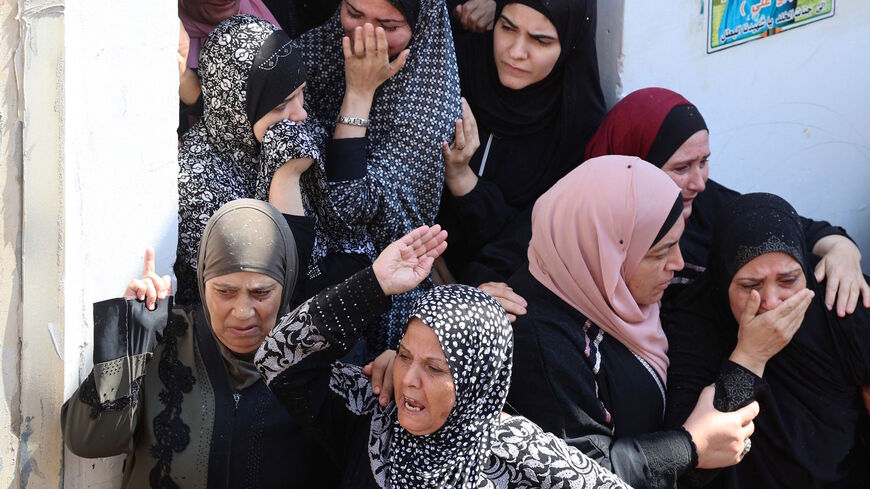 The mother (R) of Raed Abu Seif, one of four Palestinians killed in clashes with Israeli security forces earlier in the day, mourns during his funeral in the Jenin refugee camp in the north of the occupied West Bank on Aug. 16, 2021. - JAAFAR ASHTIYEH/AFP via Getty Images

Four Palestinians were killed by Israeli gunfire in the West Bank on Monday, according to Palestinian news outlets.

Saleh Amar, 19, and Raed Abu Saif, 21, were shot and killed during an Israeli raid in the Palestinian city Jenin, the Palestinian Authority’s WAFA news agency reported. The outlet added that two other Palestinians were “slain” without describing how they died and that there was also a raid in a refugee camp in Jenin.

Israeli and Palestinian officials regularly dispute the details of Israeli shootings of Palestinians in the occupied territories. Last month, Israeli forces fatally shot a Palestinian municipal employee who they alleged approached them quickly with a metal bar.

Tensions have been particularly high in some parts of the West Bank recently. On Saturday, Palestinians protesters set a wooden star of David/swastika structure on fire outside the evacuated settlement outpost of Evyatar.

Also on Monday, a rocket was fired from the Gaza Strip into Israel. The projectile was intercepted by Israel’s Iron Dome defense system, the Israel Defense Forces said in a tweet. The IDF did not say who was responsible for the attack and Hamas-affiliated news outlets did not cover the incident.

The rocket was the first to be fired from the Palestinian enclave since the end of the May war between Israel and Palestinian armed groups in Gaza. There have also been several incendiary balloon attacks from Gaza into Israel since the cease-fire.

Israel did not immediately respond to the rocket fire.