Evacuation flights peaked over the past 24 hours, but security fears are growing amid Taliban warning. 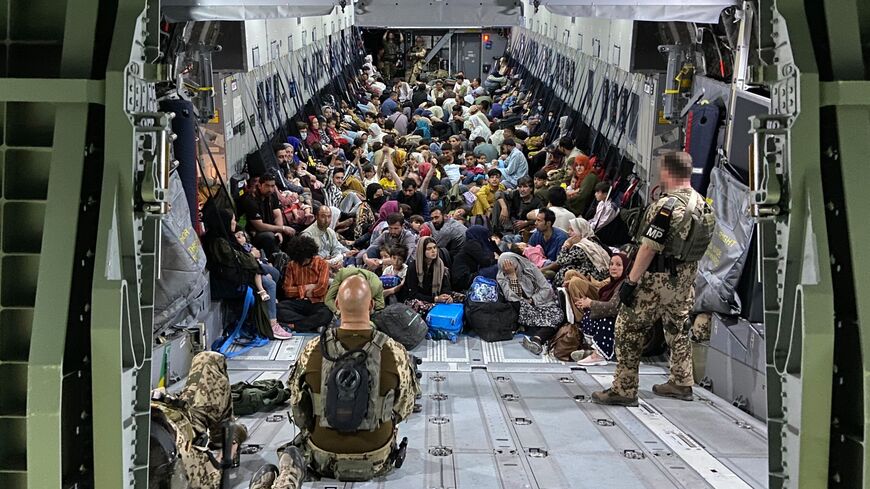 Evacuees from Kabul sit inside a military aircraft as they arrive at Tashkent Airport on Aug. 22, 2021, in Tashkent, Uzbekistan in this photo provided by the German armed forces. German Chancellor Angela Merkel said Germany must urgently evacuate up to 10,000 people from Afghanistan for which it is responsible. - Bundeswehr via Getty Images

The Pentagon has no plans to request additional troops to secure Kabul airport as evacuations pick up ahead of an expected withdrawal deadline next week, Pentagon spokesman John Kirby told reporters Monday.

Some 16,000 people were flown out of Hamid Karzai International Airport over the previous 24 hours, a substantial jump in evacuations after a backlog of more than 10,000 people inside the airport over the weekend forced guards to turn people away.

Around 11,000 of those evacuated over the previous day were flown by the US military, officials said.

“We are pushing the limits to do everything we can to get every single evacuee out of Kabul,” Lyons said, adding, “We are not going to let up.”

Kirby said US forces had conducted a helicopter extraction of evacuees outside the gates of the airport, but declined to provide details.

Last week, US commanders ordered three US Chinook helicopters to pick up some 169 people who had gathered at the Baron Hotel roughly 200 meters outside the airport’s south gate.

The people gathered there at the recommendation of a foreign government, not the United States, Kirby said last week. He did not rule out additional operations during the press briefing Monday, saying, “We do have the ability to where we can and when we can, help Americans move toward the gate.”

Yet concerns are growing as President Joe Biden’s stated deadline to withdraw troops from Afghanistan looms just eight days away.

“It’s a red line,” a Taliban representative was quoted by Sky News as saying Monday. “So, if they extend it, it means they are extending the occupation while there is no need for that,” Suhail Shaheen said. “If they are intent on continuing the occupation it will provoke a reaction.”

Kirby and Maj. Gen. Hank Taylor, deputy director for regional operations of the Joint Staff, offered no hint Monday that the US operation would be extended beyond Aug. 31.

Kirby did leave open the possibility that other countries could continue to run evacuations after US troops leave, a prospect that seemed unlikely without independent talks with the Taliban.

National security adviser Jake Sullivan on Monday clarified Biden's Sunday comments about an expansion of the area used by American troops use to facilitate the flow of evacuees to the airport.

“American troops are not operating outside the perimeter of the airport,” Sullivan said during a press briefing at the White House. “Through these military channels with the Taliban, they have extended the perimeter from the point of view of their checkpoints to allow Americans through,” Sullivan said.

“Not right at the gate, but rather a substantial distance away from the gate. But that is what [Biden] was referring to with respect to the perimeter,” he said.

The US commander on the ground, Rear Adm. Peter Vasely, has been coordinating “multiple times per day” on the security arrangement.

Kirby said Monday the arrangement has largely “worked well,” including by “reducing crowds outside the airport.”

Asked by Al-Monitor whether the makeshift arrangement has put the Taliban in a better position to dictate when the US leaves, Taylor replied, “I can’t answer that.”

Concerns over the precariousness of the status quo increased earlier Monday amid news of a firefight that left one Afghan soldier dead and wounded several others at one of the airport’s gates.

The Pentagon has not ruled out that the attackers were Taliban, Kirby said. 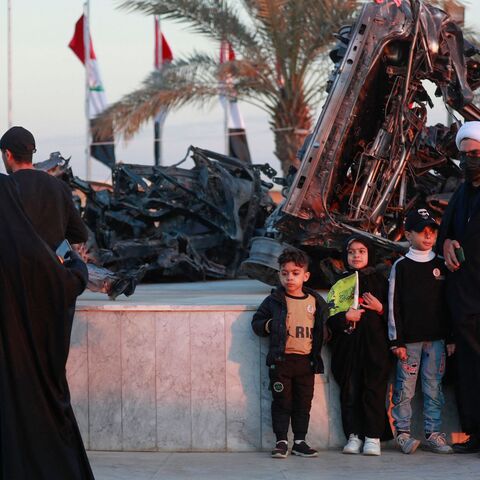