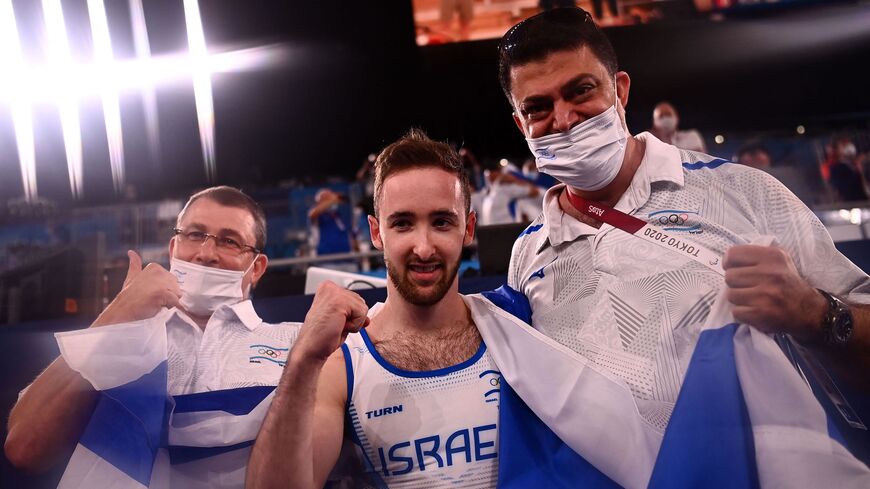 Israel's Artem Dolgopyat (C) celebrates with his team after winning the floor event of the artistic gymnastics men's floor exercise final during the Tokyo 2020 Olympic Games at the Ariake Gymnastics Centre in Tokyo on Aug. 1, 2021. - LOIC VENANCE/AFP via Getty Images

Israeli gymnast Artem Dolgopyat won a gold medal at the 2020 Tokyo Olympics on Sunday. The athlete was only the second Israeli ever to take home a gold medal from the Olympic Games. Dolgopyat won in artistic gymnastics, where athletes perform short routines on different structures.

Shortly after his victory, Artem's mother told Israeli radio that her son is not considered Jewish and is therefore unable to marry as a Jew in the country — despite being celebrated in Israel. This reality was also pointed out on Israeli social media and reported by local news outlets.

Dolgopyat was born in Ukraine and moved to Israel in 2009 at the age of 12 with his family. His first language is Russian and he learned Hebrew in gyms, according to his profile on the International Gymnastics Federation website. More than a million people of Jewish descent have immigrated from the former Soviet Union to Israel since the 1990s.

Dolgopyat's father is Jewish but his mother Angela told the Israeli press on Sunday that she is not. Israel does not have civil marriage and the Jewish, Christian and Muslim religious authorities have a monopoly on officiating marriages. Israel’s Chief Rabbinate adheres to Orthodox Judaism, which holds that Judaism is solely passed on through one’s mother and does not condone intermarriage between Jews and non-Jews. Therefore, Dolgopyat is not considered Jewish in Israel.

This interpretation differs from Israel’s Law of Return, which allows anyone with at least one Jewish grandparent and spouses of such individuals to immigrate to Israel. Many immigrants from the former Soviet Union do not have the matrilineal descent required to be considered Jewish in the country. In addition to marriage, the rabbinate’s position also affects burial and adoption.

The principle of matrilineal descent in Judaism largely derives from the Talmud, the preeminent text on Jewish law, and its extensive commentaries from rabbis on the intricacies of the subject.

To get married, Israelis like Dolgopyat have a few options. One is to have a civil marriage in nearby Cyprus, which has become a relatively common practice in recent years, particularly among mixed Arab-Jewish couples. Israeli authorities recognize their citizens' marriages performed abroad, including in Cyprus.

Another option is to convert to Judaism. To be accepted by the Chief Rabbinate, the conversion would need to be an Orthodox one, which can take around a year. The Israeli government recognizes conversions carried out by other denominations for the purposes of immigration, but the rabbinate only accepts Orthodox converts as Jews.

Some people with Jewish origins on their father’s side reject the idea that they need to convert as they already consider themselves Jews. Some Israelis in such situations are also deterred by the lengthy process of converting to Orthodox. Finance Minister Avigdor Lieberman, whose constituency largely consists of Russian-speaking immigrants, has long campaigned for an easing of the official conversion process.

Immigrants from the former Soviet Union like Dolgopyat have faced discrimination in Israel due to their mixed heritage. Last year, Israel’s Chief Sephardic Rabbi Yitzhak Yosef slandered them as “communists” and “haters of religion” and reiterated his belief that they are not Jews.

Some other immigrants to Israel from the former Soviet Union identify as Christian and can therefore marry in churches.

It should be noted that some denominations of Judaism accept Dolgopyat and others with similar backgrounds as Jews. Reform Judaism, which is the largest Jewish religious movement in the United States, has recognized patrilineal descent for decades. Israel’s Reform movement is growing but lacks authority on religious matters like marriage. Making matters more confusing, Karaite Jews actually only recognize patrilineal descent. It is possible that the ancient Israelites traced Judaism through the father's line. 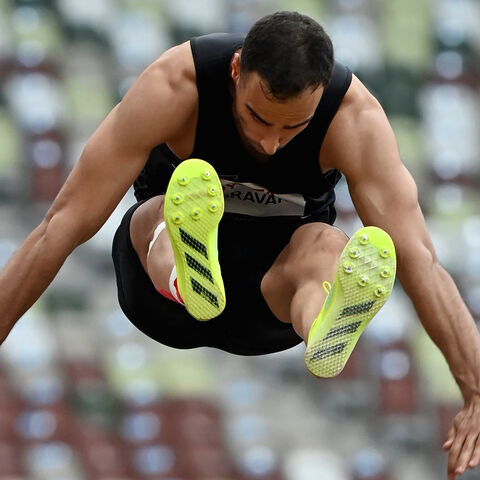