The big winner of the approval of Israel’s 2021 state budget is the leader of the Arab coalition party Ra’am, Mansour Abbas. 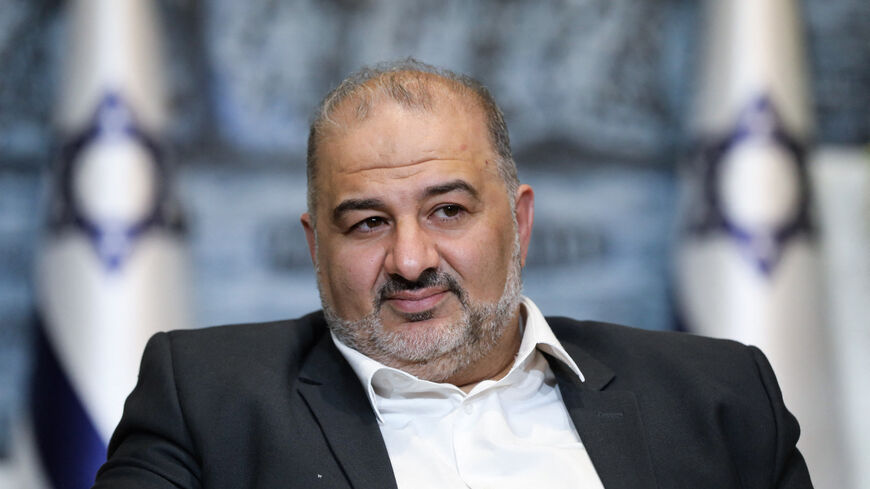 After a long night of deliberations, Prime Minister Naftali Bennett announced to the Knesset on Aug. 2, “Ladies and gentlemen, Israel has a budget!” The cabinet ministers, who voted unanimously for it, burst into a round of applause.

The intense pressure facing the new government was gone: The coalition had survived its first major test. It had just approved a budget for the country for 2021-2022, after two years in which Israel had no budget at all because of the political crisis.

The vote was just the budget's first hurdle in getting approved. Its fate is ultimately up to the Knesset.

The Knesset will debate over the next few weeks, in committee and in the plenum. Every clause will be pored over and some of its proposed reforms may be removed or amended to ensure that the final budget wins a majority. The actual vote is expected to take place in November. Then, if everything goes according to plan, the Bennett-Lapid government should enter a relatively easy phase.

It will be harder to push the budget through the Knesset due to the fragile nature of the narrow coalition. Nevertheless, it is generally assumed that the budget will pass, if only because no one wants to face another round of elections.

The 2021-2022 budget amounts to $187 billion for 2021 and $173 billion for 2022. Despite promises not to raise taxes, the budget includes a series of indirect taxes, including a tax on single-use dinnerware, and increases to the cost of electricity and public transportation.

It also includes some major reforms, such as raising the age of retirement for women from 63 to 65 over the next 11 years. The move is expected to increase the employment rate of older women and by extension, their pensions too once they retire. Retirement for men still stands at 67.

Another important reform will allow the importation of fruits and vegetables in order to lower their steep prices. This particular reform has infuriated farmers, who claim that it would be disastrous for them economically.

For Prime Minister Naftali Bennett and Finance Minister Avigdor Lieberman, the approval of a budget ensures the government's stability for at least a while. In their own words, it is good news for Israel now and for future generations.

According to some accounts of the all-night deliberations, Lieberman made the rounds of the various ministers with a glass of white wine in his hand. When asked how he felt, he said, “I’m in heaven.” For him, approving the budget was a major personal victory in his three-year-long campaign to bring down Netanyahu.

But the biggest winner in the budget approval effort was the chair of Raam, Knesset member Mansour Abbas. There would not have been a government without him, and as of yesterday morning, he could boast of another remarkable victory. Never before has a single political player controlled that much money.

The huge sum — an estimated $16 billion — to be spent on Israel's Arab society. About $11 billion will be made available in a first stage, with the remainder paid out as the rotation agreement between Bennett and Foreign Minister Yair Lapid play out in about two years.

What Abbas was able to achieve was historic, marking the first time that an Arab party has played an active role in budget deliberations and was an integral part of the decision-making process.

Abbas is not a minister but he was given an office right next to the cabinet chamber and he spent the whole night negotiating from it.

The first set were the comprehensive negotiations that took place over the state budget as a whole. They resulted in the largest sum ever allocated for the needs of Israel’s Arab society. In comparison, when the fourth Netanyahu government allocated $5 billion for the Arab sector, everyone gasped at the enormous amount.

Then were the second set of negotiations, in which Abbas won more than an unprecedented sum of money. He was also granted the authority to decide how it would be spent. For that purpose, he conducted separate negotiations with each minister. The money will be spent on infrastructure, the war on crime, health care, education and transportation.

Majadele noted that what Abbas achieved was historic. In a podcast interview he said, “What ended up happening is that Mansour Abbas has a budget. He spent all night playing an active role in the negotiations with each minister and their ministries’ directors general over how the budget would be divided. What actually happened was that every time the cabinet completed its debate [over the different sections of the budget], the ministers went to meet with Abbas so that they could reach a deal with him. … One person in the room told me, ‘Mansour Abbas presided over his office like a sultan, divvying up the amount among the different ministers.’”

Inevitably, there was one person who cast aspersions on what Abbas had achieved, and on the budget in general. During the debate, opposition leader Benjamin Netanyahu hurled accusations at Abbas and the government: “Tens of billions of shekels have just been allocated for a single purpose: to appease Raam and Mansour Abbas. It turns out that he is the country’s real prime minister,” he charged. Netanyahu then mocked the coalition, saying, “You think you’re in no one’s pocket? You’re in Abbas’ pocket!”

The truth is that in the past, Netanyahu himself tried to buy Abbas' support by promising him vast sums if he agreed to join his own coalition. These efforts failed. Netanyahu made other deals with Abbas while he was in office, including major budgetary allocations, and allocated the unheard-of sum of $5 billion to the Arab sector in 2015.

Stripping away all the populism and political warfare, what Abbas just achieved is in the national interest of Jews and Arabs alike. Arabs make up 20% of the country’s total population, but while they are equal citizens on paper, the community has suffered from underfunding and neglect ever since the founding of the state. It has led to a sharp rise in violent crime in the Arab sector over the last few years alone.

The Bennett-Lapid government does not need to give excuses for the budget allocation or argue that Netanyahu gave the Arabs money too. On the contrary, the new government has every reason to celebrate.