Iran warns US against wasting time in nuclear talks 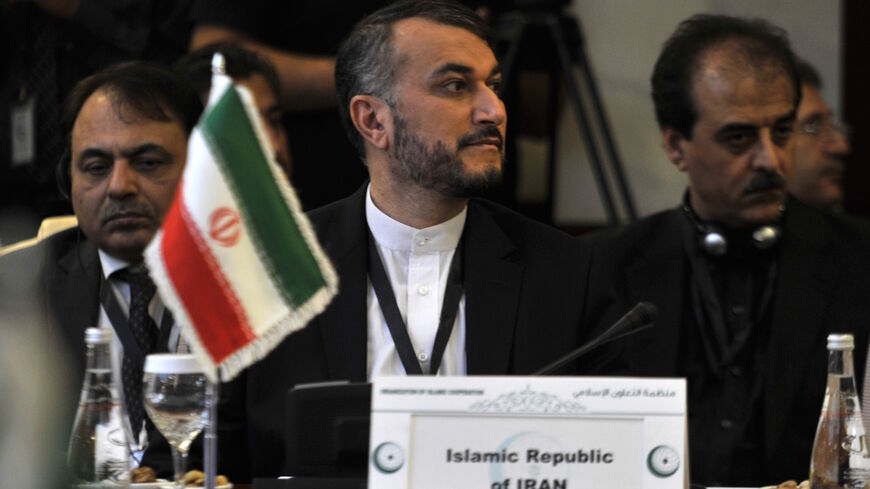 Iran's newly appointed foreign minister, Hossein Amir-Abdollahian, said his country will not accept protraction in talks with the United States over the revival of the Iran nuclear deal, also known as the Joint Comprehensive Plan of Action (JCPOA).

Six rounds of those talks have been held in Vienna between the moderate government of former President Hassan Rouhani and the remaining signatories of the accord, namely the UK, France, Germany, Russia and China. The United States, which abandoned the deal in 2018, has been indirectly engaged to draw an agreement on its re-entry. Negotiations, however, have been on hold since June 20 to allow for a transition in Tehran, where hard-line cleric Ebrahim Raisi has taken office and appointed Amir-Abdollahian as the top Iranian diplomat.

Unlike his predecessor, Mohammad Javad Zarif — who is known as the architect of the JCPOA — the new Iranian foreign minister has maintained a tough stance toward world powers and the United States in particular. In an interview with state TV's channel 2 on Aug. 30, Amir-Abdollahian criticized officials in Washington for their "unconstructive remarks." The Iranian foreign minister was referencing his US counterpart, Antony Blinken, who warned back in July that the nuclear talks "cannot go on indefinitely."

"They need to abandon such rhetoric," Amir-Abdollahian said, "because it does not send a positive message to the Iranian people." While the European Union has stressed the need for a resumption of the Vienna talks, no specific timetable has been set by the parties involved. The Raisi government has not ruled out continuing the negotiations but has also refused to unveil a roadmap.

"It takes two to three months before the new [Raisi] administration settles down and starts planning," Amir-Abdollahian said, noting, "We are not skipping the negotiating table."

Still, a big nut that has to be cracked in Iran these days is whether the country's Foreign Ministry will remain in charge of the nuclear file. Speculations have been rife lately that the Supreme National Security Council, a powerful body controlled by Supreme Leader Ayatollah Ali Khamenei, will once again take the helm in nuclear negotiations, a responsibility it assumed until 2013, two years before the Rouhani government clinched the JCPOA with world powers.

Despite what appears to be Tehran's political reluctance toward fresh negotiations, the Raisi government continues to face a rapidly crumbling economy and worsening public livelihood — key challenges that have largely been blamed on US sanctions, which could only be lifted as part of a revived nuclear deal.