The delivery could help Lebanon deal with its fuel crisis, but it may also put Lebanon at risk due to US sanctions on Iranian fuel, one rival politician said. 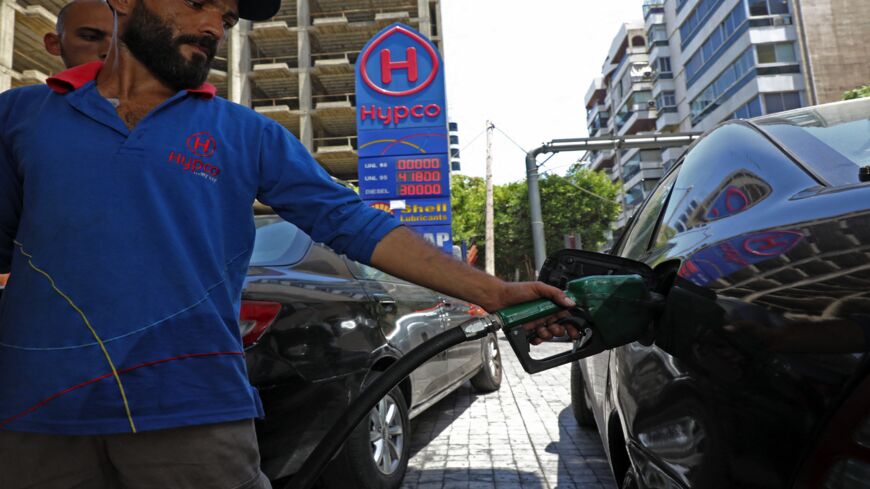 An employee fills a car with gasoline at a petrol station in Lebanon's capital, Beirut, on June 11, 2021, amidst severe fuel shortages. The head of Lebanon's powerful Shiite movement Hezbollah on June 8 said the country could soon be forced to rely on fuel imports from Iran, amid an ongoing economic collapse. - ANWAR AMRO/AFP via Getty Images

“Our first ship has completed all arrangements and will sail within hours from Iran to Lebanon with the blessing of Imam Hussein,” said Nasrallah in a speech, making a reference to the revered Shiite Muslim figure.

Nasrallah said "this ship will be followed by other ships” carrying diesel oil to the country. The leader’s remarks were published by the Hezbollah-affiliated Al Manar TV.

Nasrallah’s remarks are notable due to US sanctions on Iran, which prohibit deals with the country’s energy industry. The US military seized an Iranian fuel shipment bound for Venezuela last year. Nasrallah warned other states from interfering with the fuel shipment.

“God willing, this ship and others will arrive safely. We don’t want confrontation with anyone; we are only after helping our people,” he said. “We reject to be humiliated in any military, political or economic war.”

The Iranian government did not immediately confirm the fuel shipment, but the semi-official Press TV published Nasrallah’s remarks.

The ship tracking website MarineTraffic showed numerous ships off the coast of Iran on Thursday.

Lebanon is in the middle of a debilitating economic crisis, and there are major fuel shortages in the country. A delivery from energy-rich Iran could alleviate the situation.